'Ukraine is alive and kicking': Zelenskyy to US Congress 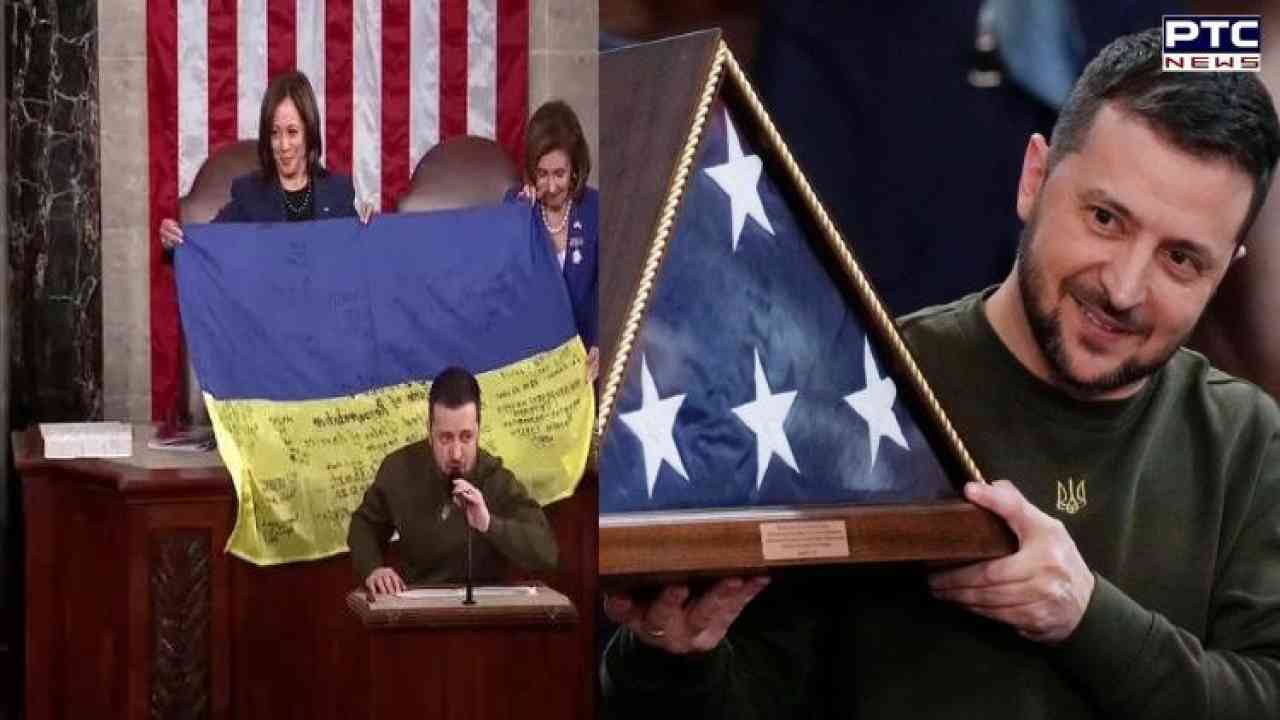 'Ukraine is alive and kicking': Zelenskyy to US Congress

US, December 22: Ukraine President Volodymyr Zelenskyy on Wednesday addressed members of the US Congress saying, "Against all odds, and doom and gloom, Ukraine did not fall. Ukraine is alive and kicking."

Addressing on his first foreign trip, he stated that, "It's a great honour to be at the US Congress to speak to you, and all Americans. Against all odds, and doom and gloom, Ukraine did not fall. Ukraine is alive and kicking. We have no fear," he says, adding that Ukraine has won the first phase of the invasion. The Russian tyranny has lost control over us."

Meanwhile, Zelenskyy addressed members of the Congress after presenting a united front with US President Joe Biden, who assured continued support for Ukraine.

He further added that, "This battle cannot be frozen or postponed. It cannot be ignored, hoping that the ocean or something else will provide protection."

"From the United States to China, from Europe to Latin America, and from every country to Australia, the world is too interconnected and interdependent to allow someone to stay aside and simultaneously feel safe when such a battle continues," he said.

He also highlighted the shared values of Ukraine and the United States.

"Our two nations are allies in this battle. And next year will be a turning point, I know it when Ukrainian courage and American resolve must guarantee the future of our common freedom. The freedom of people who stand for their values," he said.

Zelenskyy gave a message of hope for the Ukrainian people during his address to the Congress, saying the Russians "use everything" against cities such as Bakhmut but Ukraine "never surrenders".

Zelensky said Ukraine is fighting for its "independence and freedom" but called for the United States' continued support to achieve those goals.