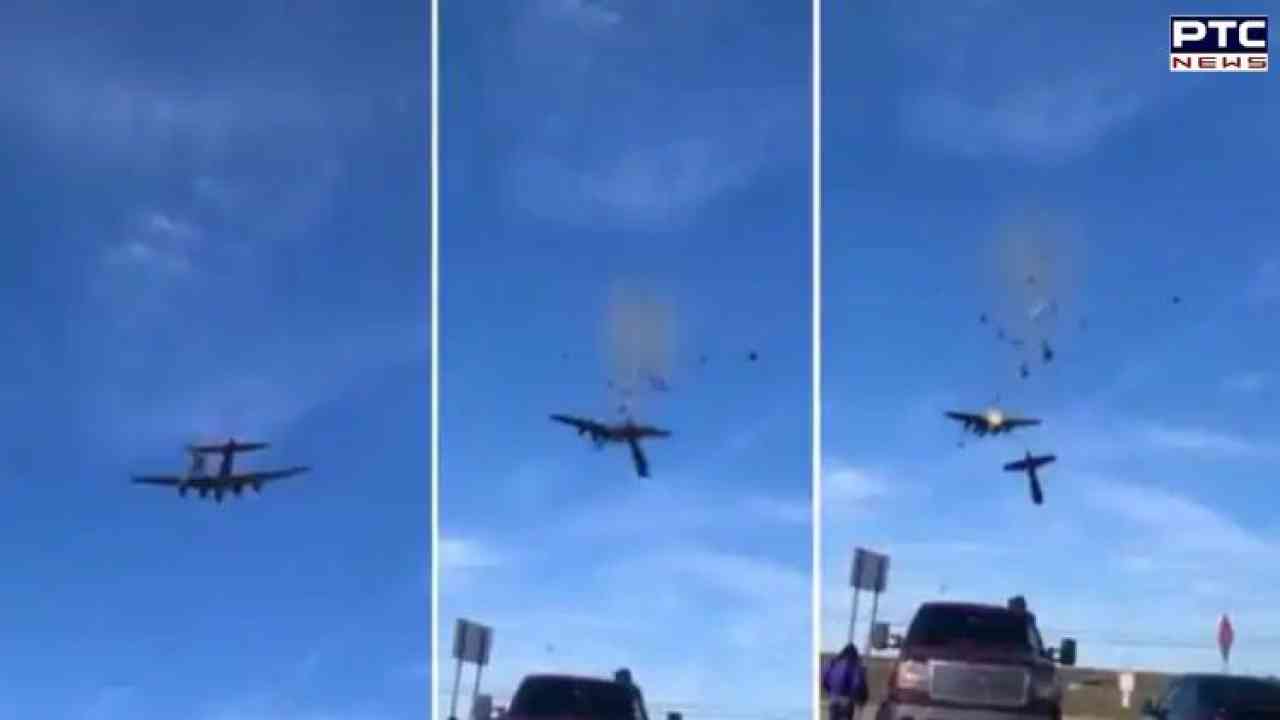 US, November 13: Six people are feared dead after a B-17 heavy bomber collided with another aircraft and crashed during an airshow in Dallas, Texas, sources reported.

Leah Block, a spokesperson for Commemorative Air Force, told ABC News that she believes there were five crew members on the B-17 and one aboard the P-63.

Soon after the news broke, Dallas Mayor Eric Johnson, said many details remain unknown or unconfirmed at this time and city authorities continue to provide support. 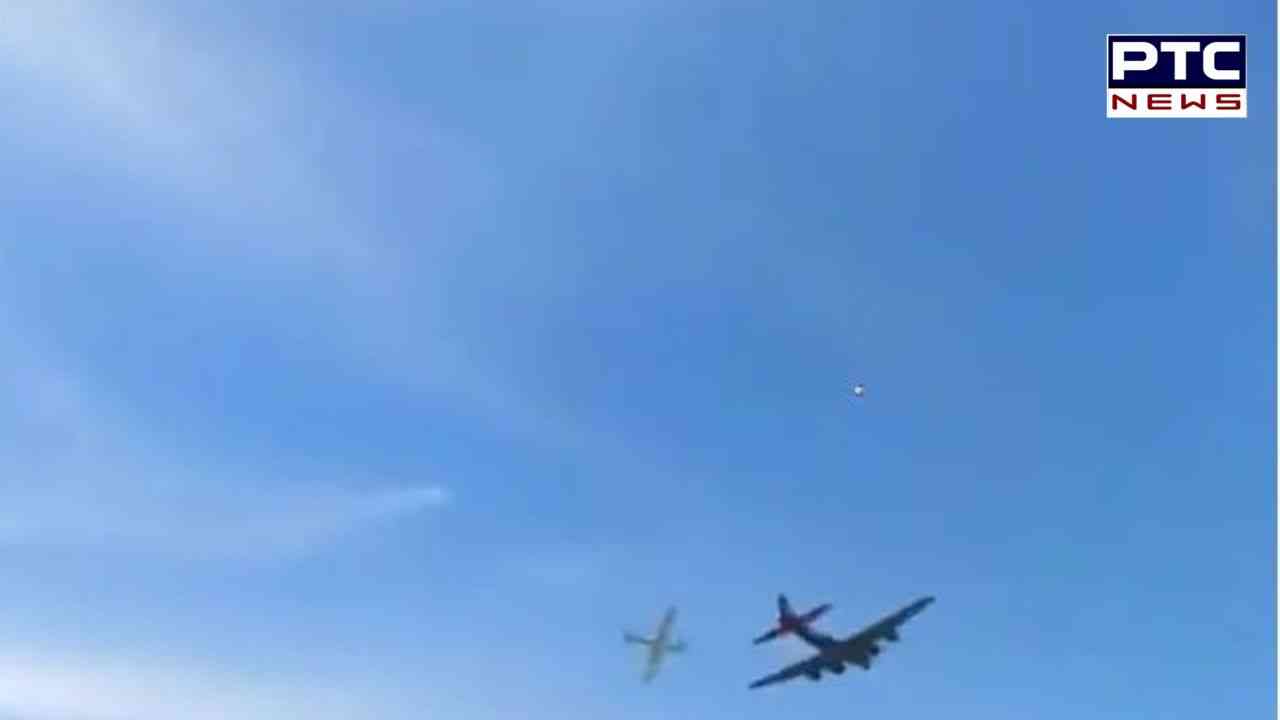 A number of videos of the mid-air collision were making rounds on Twitter. In the videos, the two aircraft appeared to collide in the air before they both rapidly descended, causing a large fire and plumes of black smoke.

"As many of you have now seen, we have had a terrible tragedy in our city today during an airshow. Many details remain unknown or unconfirmed at this time. The @NTSB has taken command of the crash scene with @DallasPD and @DallasFireRes_q continuing to provide support," Mayor Johnson tweeted.

"The videos are heartbreaking. Please, say a prayer for the souls who took to the sky to entertain and educate our families today," he added.

The US government investigative agency responsible for civil transportation accident investigation said it was launching a go-team to investigate Saturday's mid-air collision.

"The NTSB is launching a go-team to investigate Saturday's mid-air collision between a Boeing B-17G and a Bell P-63F near Dallas, Texas. Member Michael Graham will serve as spokesperson on scene. Team expected to arrive tomorrow," sources.

US media reports said the B-17 is an immense four-engine bomber, and was a cornerstone of U.S. air power during World War II. The majority of B-17s were scrapped at the end of World War II and only a handful remain now.