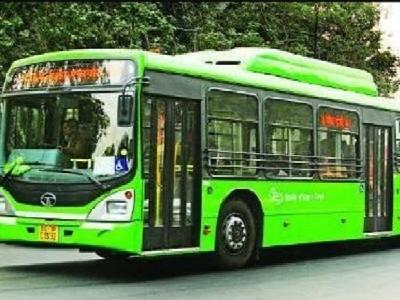 In a tragic incident, a 17-year-old boy was killed after two hospitals refuse to treat him. The boy was his motorbike was hit by a DTC bus on Friday morning while he was going to appear for the Board exam.

The deceased, identified as Pranjal, was a class X student who was on his way to write his English paper at Government High School in Atta.

According to the eyewitnesses, Pranjal was first rushed to Max hospital, followed by Kailash hospital. As both places allegedly refused to treat the accident, the teen was finally taken to a district hospital where he was declared brought dead.

"He was rushed to Max Hospital where they informed us that they can’t treat him. They asked us to take him to Kailash Hospital where the management said they can’t treat him as their X-ray machine wasn’t working. They asked us to go to the district hospital at Sector 30. By the time Pranjal was taken to the district hospital, he was declared dead.

We want action against Kailash and Max hospitals,” the boy's mother said.Meanwhile, District Magistrate of Gautam Budh Nagar, BN Singh, told the daily that the matter would be probed and action would be taken against the hospitals, if found guilty. He said, “We will look into the matter and appropriate action will be taken against the hospital if they are found to be at fault."

A case has been registered pertaining to the road accident and the bus driver has been arrested.