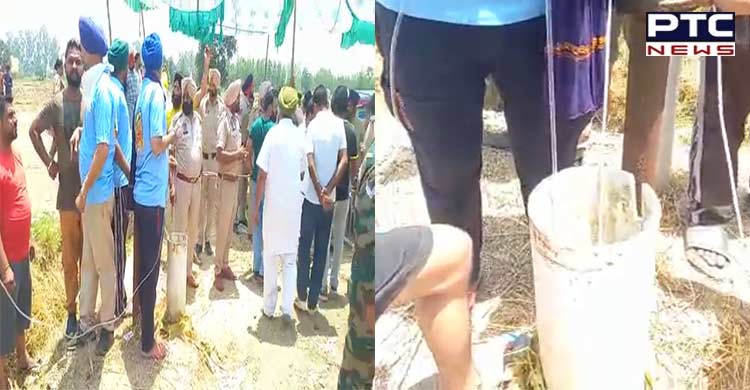 Hoshiarpur:  A six-year-old boy on Sunday fell into a 100-foot-deep borewell in Behrampur village near Garhdiwala here, said officials.

They said a rescue operation was under way.

The boy was playing in a field and climbed a borewell shaft when some stray dogs started chasing him.

The borewell shaft was covered with a jute bag and could not withstand the weight of the boy and gave in causing him to fall into the well.

The boy belongs to a family of migrant labourers.

Teams of district administration including a Deputy Commissioner have reached the site.

A team of the National Disaster Response Force has also been called, said officials.

Meanwhile, Punjab Chief Minister Bhagwant Mann said the rescue operation was underway and he was in constant touch with the district administration.

“A 6-year-old boy Hrithik fell into a borewell in Hoshiarpur. District administration and local MLA were there and rescue operation is underway. I am in constant touch with the administration,” wrote Mann in a tweet.