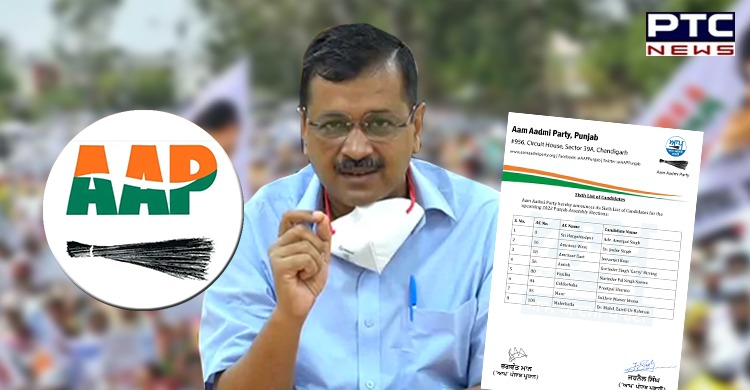 The Aam Aadmi Party (AAP) on Thursday released its sixth list of eight candidates for the Punjab Assembly Elections 2022. The party has so far announced the names of 96 candidates. 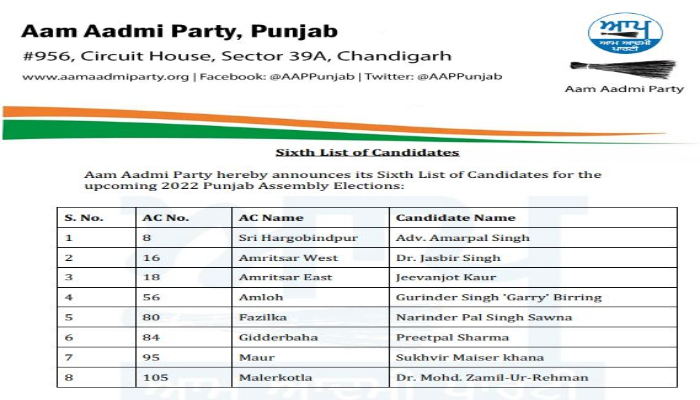