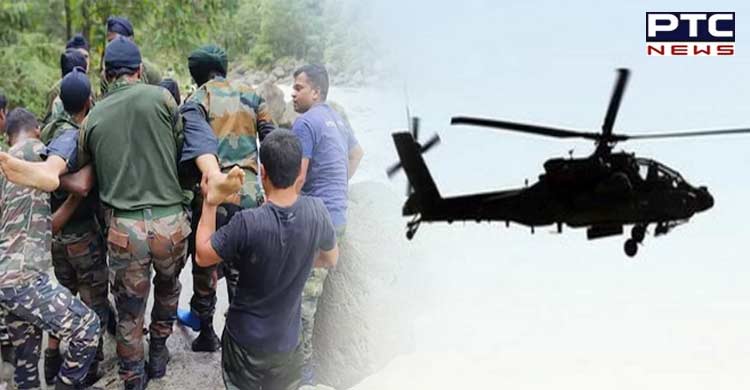 Itanagar, October 21: A military chopper crashed on Friday near Singging village, 25 kilometres away from the Tuting headquarters in the Upper Siang district of Arunachal Pradesh.

Advanced Light Helicopter (ALH) crashed near Tuting area in Arunachal Pradesh's Upper Siang district today at around 10:40 am today, according to Defence PRO, Guwahati. Jummar Basar, Superintendent of Police Upper Siang, told ANI over phone, "The site of the accident is not connected through road. A rescue team has been rushed and all other other details are awaited."

Earlier on October 5 this year, an Indian Army pilot lost his life in a Cheetah helicopter crash near Tawang area of Arunachal Pradesh.

"The Cheetah helicopter flying in forward areas near Tawang crashed at around 10:00 AM during a routine sortie. Both the pilots were evacuated to the nearest Military Hospital," Army officials had said.

(This is a breaking news, for more details please stay tuned)