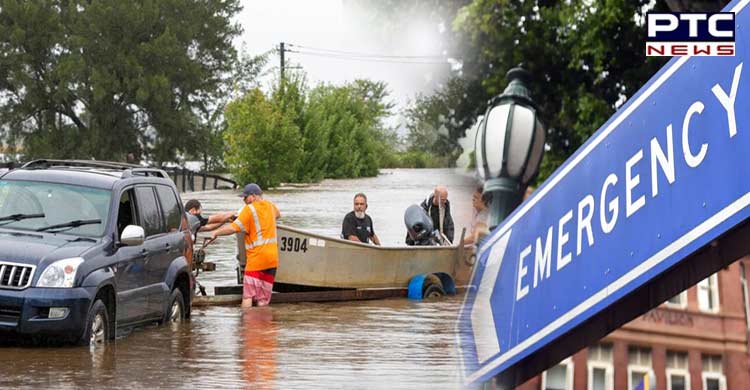 Residents of NSW who reside along the coast between Newcastle and Batemans Bay have been cautioned that wild weather conditions are likely to worsen over the course of the next day as floods once again pound the east coast.

The east coast region from Newcastle to Bateman's Bay in the state of New South Wales is predicted to experience heavy rains that might cause flash floods and landslides over the next two days.

Thousands of people in low-lying areas in Sydney's southwest have been told to evacuate their houses or risk becoming isolated, according to Cooke, who described the current rainfall and flash flooding as a "life-threatening emergency situation."

As a result of an overnight downpour, residents in several areas of Camden, Woronora, Chipping Norton, Georges Hall, Lansvale, Moorebank, Warwick Farm, Penrith, and Emu Plains are among those who are impacted.

Meanwhile, over 1400 calls for help to the NSW State Emergency Service (SES) have been made in the last 24 hours, and emergency services have had to make 29 rescues.

According to the Bureau of Meteorology, numerous regions have received more than 200 millimetres (8 inches) of rain, with some receiving as much as 350 millimetres, raising the possibility of flooding along the Nepean River.

As per water authorities, the overnight spill at Sydney's main dam was triggered by the city's heavy rainfall. Modelling revealed that the spill would be equal to a significant Warragamba Dam spill in March 2021, according to CNN.

"There's no room for the water to remain in the dams. They are starting to spill. The rivers are flowing very fast and very dangerous. And then we have the risk of flash flooding, depending on where the rains are," State Emergency Service Commissioner Carlene York informed.

According to CNN, 29 people have been saved from floodwaters in the past day, including one who spent an hour clinging to a pole as rescuers struggled to get to them.