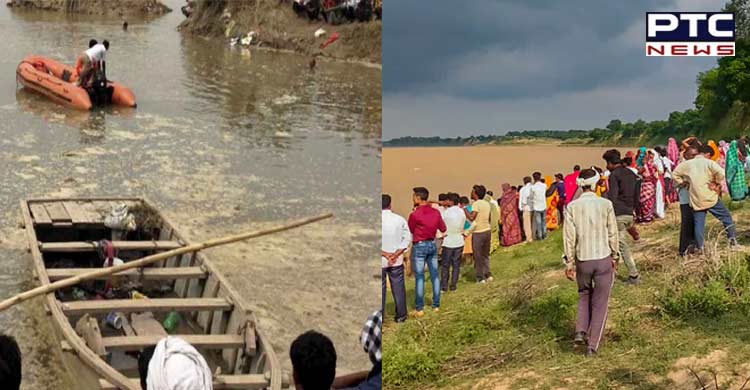 At least three died and 17 people are still missing after the incident. As per the reports, so far 20 people have been rescued.

Meanwhile, Uttar Pradesh CM Yogi Adityanath on Friday announced an ex-gratia of Rs 4 Lakhs each for kins of people who died in the Banda boat capsize incident. He also instructed the officials to provide immediate help and relief to victims.

Moreover, two Ministers Ramkesh Nishad and Rakesh Sachan have been instructed to reach the spot immediately.

The boat capsized in the middle of the Yamuna river as it was making its way from Marka to Jarauli Ghat in the Fatehpur district. There were up to 40 passengers on the boat at the time of the incident, including 8 women and 4 children.

UP Chief Minister Yogi Adityanath expressed grief over the incident and offered condolences to the victims' families. "The loss of life in the boat accident in Yamuna river under Banda district is very sad and unfortunate. My condolences are with the bereaved families," he tweeted.