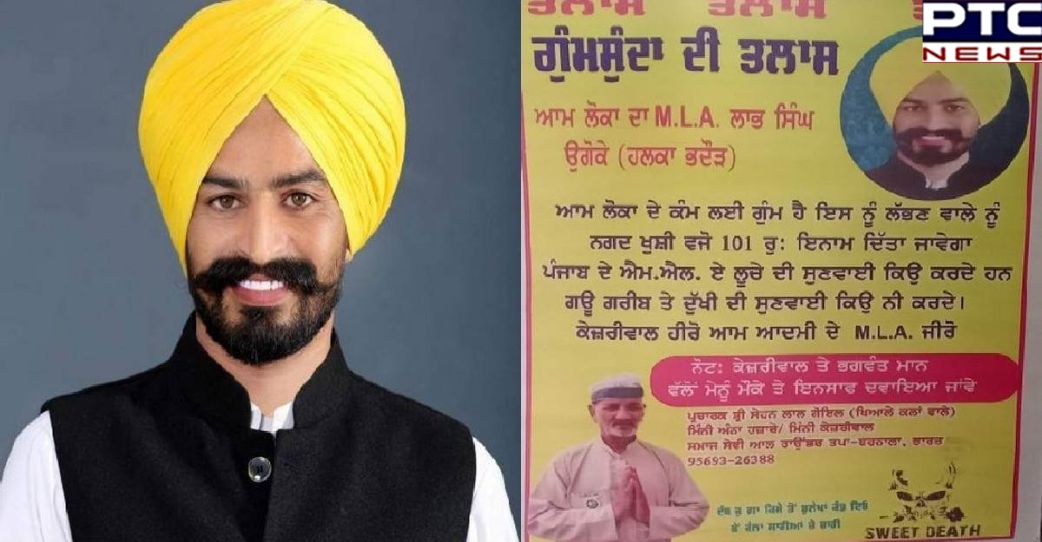 Bhadaur, September 1:  Bhadaur AAP MLA Labh Singh Ugoke's has gone "missing". Missing posters have also been put up in his constituency, that read "legislator is missing and running from his responsibilities".

According to information, people are peeved at the absence of Aam Aadmi Party MLA Labh Singh Ugoke from Bhadaur of district Barnala. 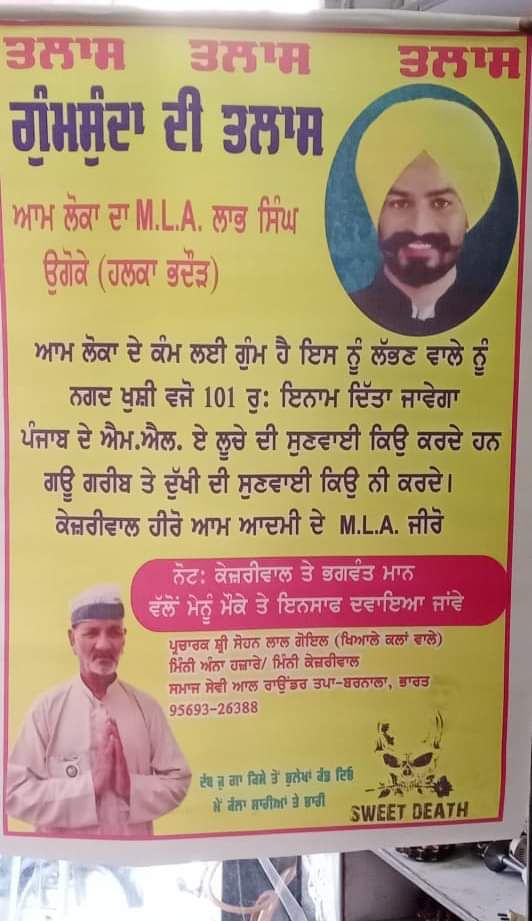 The posters have got printed by a person referring himself as ‘Mini Anna Hazare’. It is written in the poster that "Labh Singh Ugoke is missing to do the work of common man. The one who finds them will be given a cash reward of Rs 101".

Notably it is not the first time that people of Punjab are revolting against their chosen candidate in such a way. In the past such missing posters have been put up against BJP’s MP Sunny Deol and former Congress Punjab president Navjot Singh Sidhu.