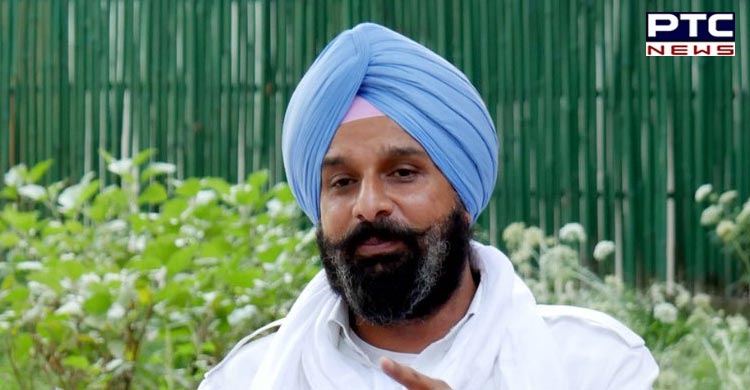 In letters to both BCCI president Sourav Ganguly and Secretary Jay Shah, the former minister stated that a separate investigation into embezzlement and irregularities allegedly committed during the recent India-Australia match should be conducted.

"All of this is important not just to stop the rot in the PCA's functioning, but also to assure a better future for Punjab's aspiring cricketers."

Bikram Majithia further said the rot in the PCA started after Gulzar Inder Singh Chahal was elected President on May 27 following the formation of the Aam Aadmi Party (AAP) government.

He added that Chahal was apparently the choice of Punjab Chief Minister Bhagwant Mann, who prevailed upon PCA members to drop Rajender Gupta who enjoyed a wide appeal due to his clean image as well as his commitment to social causes.

"Thus Chahal was air dropped on the PCA despite the fact that he was a political figure who had previously served as Treasurer of the Punjab Pradesh Congress during Navjot Singh Sidhu's tenure."

In a letter to the BCCI President and Secretary, Majithia stated that the last five months had seen the steady erosion of established norms and even widespread irregularities in PCA management, and he requested their assistance to remedy the situation. He claimed that the PCA President was violating the constitution by granting voting privileges to 150 new life members.

"This is being done without the approval of the institution's top council and general body, which is also against the BCCI constitution."

Majithia further highlighted how the Committee tasked to select the new lifetime members were loaded with Chahal's cronies, with four of the five members not even being PCA lifetime members. "Cricketers believe that if this illegal move is successful, it will change the character of the PCA, leading to the widespread induction of AAP activists and the politicisation of the organisation."

The SAD leader stated that former cricketer Harbhajan Singh, the PCA's Chief Advisor, had also opposed to the move after getting complaints from association members and district units. "Harbhajan Singh has also made specific corruption allegations against the PCA President."

"It is also alleged that money is being collected illegally by the PCA in order to please Punjab's current political overlords. Dilsher Khanna, PCA Secretary, has also objected to this move and filed a complaint with the Ombudsman. Both of these concerns should be thoroughly investigated."

He also mentioned how the recent India-Australia cricket match, which took place at the PCA stadium in Mohali last month, was completely mismanaged. "There was embezzlement in the sale of tickets as well as pass allocations. Even the VIP pass quota was violated." He claimed that the embezzlement was concealed because Chahal appointed a crony as PCA's auditor.