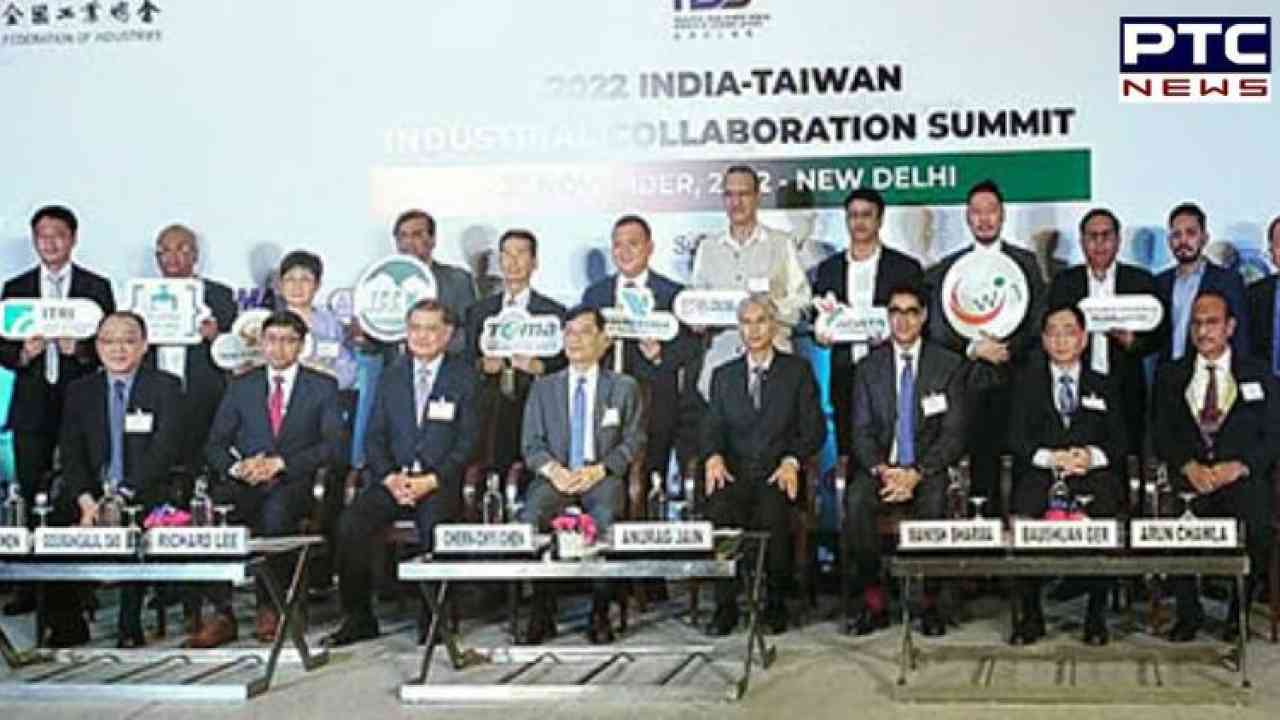 New Delhi, November 4: Three memorandums of understanding have been signed between Taiwanese and Indian businesses for collaboration in electronics manufacturing and green technologies, according to Focus Taiwan.

All three agreements were signed on Thursday at the 2022 India-Taiwan Industrial Collaboration Summit, which was co-hosted by Taiwan's Chinese National Federation of Industries (CNFI) and India's industry body Federation of Indian Chambers of Commerce and Industry. One of them was signed by Adata Technology, a Taiwanese memory chipmaker, and the Electronic Industries Association of India (ELCINA).

According to the report, another agreement was signed between Taiwanese precious metal recycling specialist UWin Nanotech Co. and India's Srikaarya Industries.

The signing ceremony was witnessed by Taiwan's Deputy Economics Minister Chen Chern-Chyi -- who headed a Taiwanese delegation to India.

In addition to the summit, Chen also attended a CEO roundtable forum where representatives of Taiwan's government and industrial groups joined with Indian attendees to discuss a wide range of topics.

Among the topics covered were electronics manufacturing, electric vehicles, batteries, and electronics/information and communications technology development, according to Taiwan's representative office.

According to the Focus Taiwan report, Chen is scheduled to return to Taiwan Friday night.