Elections Canada 2019: Record number (50) of candidates of Indian origin in the fray 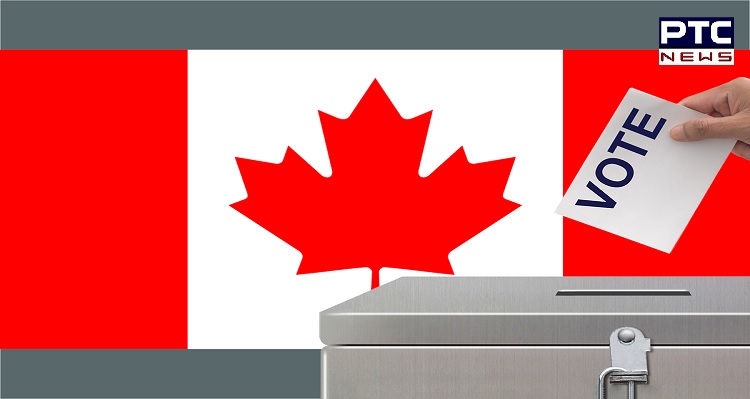 Canada is all set to go for the Federal Elections 2019. On September 11, Prime Minister Justin Trudeau will go to the Governor-General's office to recommend dissolution of the House of Commons. It will mark the start of campaign for the 2019 Elections that are mandated by law to be held on October 21. To form the next government, a party will need 170 seats in the new House of Commons. As of today the Liberals have 177 MPs in the 338-seat House of Commons, followed by the Conservatives with 95 MPs and the NDP with 39 MPs.
Besides, there are 10 Bloc Québécois MPs, two Green MPs, one People’s Party of Canada MP, one Co-operative Commonwealth Federation MP, eight independents and five vacant seats. After meeting the Governor-General, the Prime Minister, Mr. Justin Trudeau will hold a rally shortly after the campaign launch and then take off on the Liberal plane. Conservative Leader Andrew Scheer will address party supporters in Trois-Rivières in Quebec on Wednesday morning before coming to the Ontario where he is expected to join meet and greet programme of party workers at a Woodbridge park.
The NDP was first to launch its campaign last Sunday when the party leader Jagmeet Singh addressed a rally in Toronto before starting an aggressive campaign in the Greater Toronto Area and southwestern Ontario in his newly revealed campaign bus.The Green Party leader Elizabeth May too has her campaign plans ready that may take her more to Quebec expecting good response there.
Indo-Canadians
Canadian politicians of Indian origin are, as usual, in the limelight as campaigning for the 2019 Federal Elections gets under way.This time a record number of 50-odd candidates of Indian origin in general and Punjabi origin in particular, are in the fray. As of today, there are 18 candidates of Indian origin in the Liberal party's list. They include Navdeep Bains, Harjit Singh Sajjan, Amarjeet Sohi, and Bardish Chagger. There are 17 candidates of Indian origin in the Conservatives list.
NDP has nine candidates of Indian origin in ts list. Green Party, too, five candidates of Indian origin. There may be a couple of Independent candidates as well as two of original Liberal MPs - Darshan Singh Kang and Raj Grewal - had to leave the Caucus to stand clear of the charges made against them. Of the candidates of Indian origin, there are 12 women candidates, including Bardish Chagger, who became one of the the youngest leader of the Government in the House.
At the time of dissolution of the present House of Commons, there are 20 MPs of Indian origin. One of the oldest sitting MPs of the Indian origin, Deepak Obhrai, died on August 2.
The 2019 Federal Election will be unique in more than one ways. This time the campaigning time will be just six weeks compared to 11 weeks in the 2015 elections.
Also Read: "Tough situation, but good conversations", says Donald Trump after phone calls with PM Narendra Modi and Imran Khan
Also, this is also for the first time that one of the three major political parties - Liberal, Conservatives and NDP - will be led into elections by a leader of Indian origin. Jagmeet Singh is heading the NDP. Though before his election as the NDP President, Jagmeet Singh was a Member of Ontario Assembly and later sought an election to House of Commons from Burnaby in British Columbia.
Only other leader of Indian origin to have led a national party in Canada had been Mr Hardial Singh Bains, one of pioneers of the Communist movement in Canada.
-PTC News