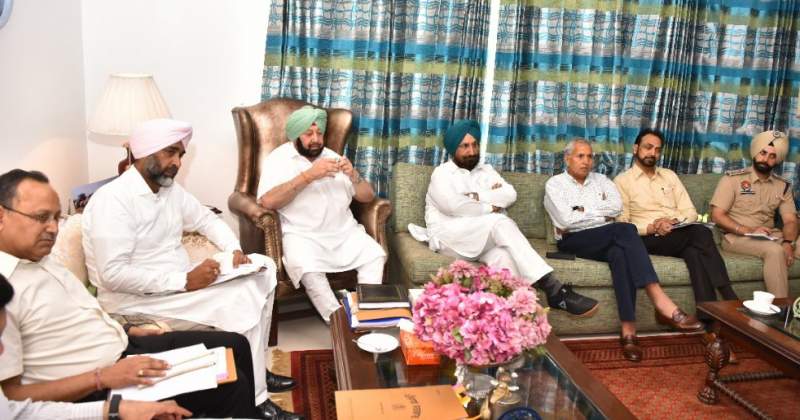 Drones and CCTV cameras will be made available in all Punjab prisons as part of a slew of strong measures announced on Thursday by Chief Minister Captain Amarinder Singh to strengthen jail security.

The Chief Minister, who chaired a high-level meeting to review the prison security system, decided on sending Punjab Police intelligence officials on deputation to the jails department to assist the staff in collecting intelligence that might be vital to ensuring fool-proof security in jails.

In another important move, Captain Amarinder asked the Jails Department to formulate a comprehensive strategy to segregate undertrial gangsters and radicals from other prisoners, possibly by shifting them out to other jails outside the state. The proposal was aimed at preventing radicalisation and planning of terrorist/gangster/criminal activities from jails.

The Chief Minister also directed the DCs to visit the prisons in their respective districts once a month to ensure proper monitoring of the security arrangements and welfare measures there. The DCs have been asked to make a personal inspection to identify lacunae, if any, in the security apparatus and ensure that the same are plugged without delay, an official spokesperson said after the meeting.

Captain Amarinder took serious note of the recent incidents of murder of the main accused in the Bargari sacrilege case in Nabha as well as a rioting in Ludhiana jail.

He ordered all the 700 vacant posts of wardens to be filled without delay. While the government is already in process of recruiting 400 wardens, for which the Finance Department has given approval, the Chief Minister directed immediate clearance by the Department for the filling up of the remaining 300 odd vacancies also.

The Chief Minister also directed making physical tests and minimum criteria of physique mandatory for recruitment of wardens, in place of the existing practice of holding only written tests for them.

Captain Amarinder also instructed the Jails Department to review the Prisons Manual and make suitable amendments to make parole difficult for prisoners found to be creating problems during their stay in jails.

Citing the approval given by Union Home Minister Amit Shah during their recent meeting for deputing four companies of the CRPF in exchange of IRB, the Chief Minister ordered modalities for the same to be worked out at the earliest. He directed that the CRPF companies be posted on jail duty as soon as possible.

Taking cognizance of complaints about involvement of PESCO employees in smuggling of mobile phones etc into the prisons, the Chief Minister ordered that all such personnel deployed at jails be scrutinized.

Captain Amarinder also asked the DCs to work with NGOs to come out with ways of keeping the prisoners productively busy, either in the prison factories or as part of the schemes undertaken by the NGOs.

During the meeting, the chief minister approved the Jails Department’s proposal for establishing of a new prison in Mohali to ease congestion and pressure.