Congress MLAs to converge in Delhi for 'Satyagraha' 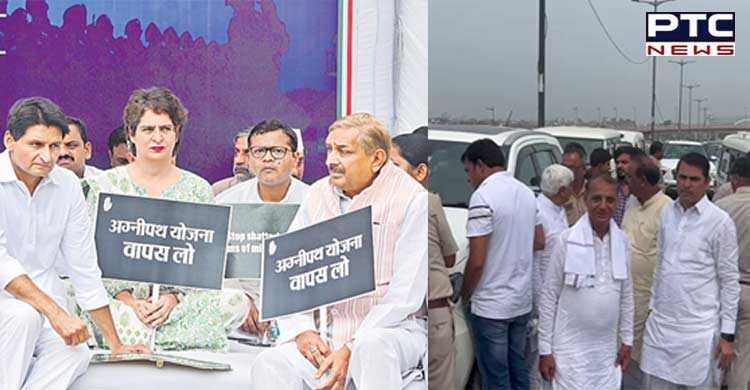 Several MLAs will be joining the satyagraha at the 24, Akbar Road office in Delhi. 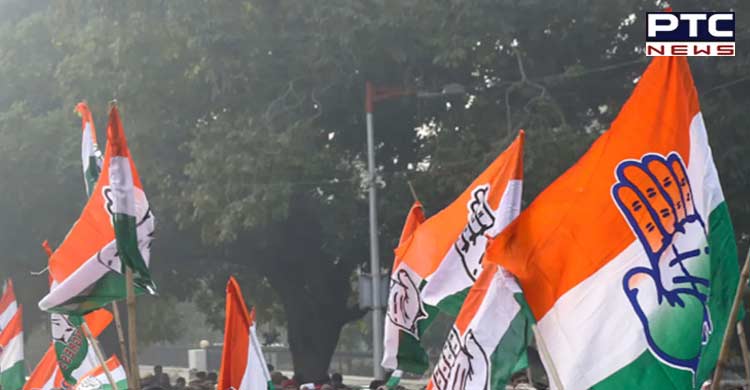 Earlier, Congress leaders held a 'Satyagraha' at Jantar Mantar in the national capital on Monday to mark their protest over both these issues.

As the protests still continues, the Twitter handle of the Congress party on behalf of Rahul Gandhi wrote, "People who make false promises of providing employment to two crore youth every year, are forcing the youth of the country to walk on the 'firepath' of unemployment. The situation is deteriorating all around the country at this time, only and only the Prime Minister is responsible for it." 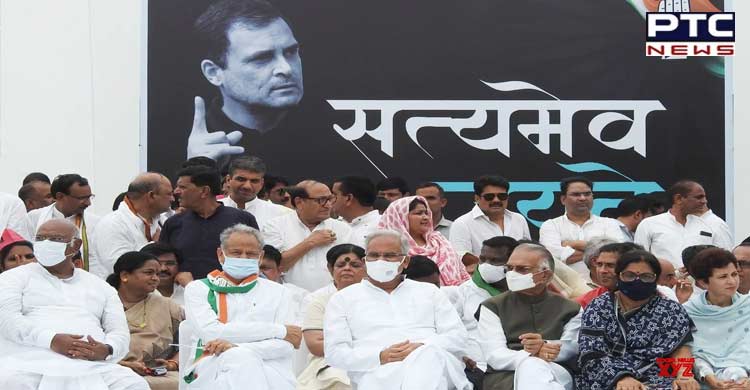 Meanwhile, Mallikarjun Kharge also lashed out at the Centre over the Agnipath scheme.

Meanwhile, Rahul Gandhi was questioned at ED headquarters for over 12 hours on Tuesday.

The Lok Sabha member from Wayanad in Kerala was questioned by the ED for over 27 hours for three straight days from June 13 to June 15 and was again summoned on June 20. On Monday he was questioned for around 14 hours.

Rahul Gandhi is being questioned about the ownership of Young Indian Private Limited (YIL) by the Gandhi family and its shareholding pattern in Associated Journals Limited (AJL), the company that runs the National Herald newspaper, said sources. 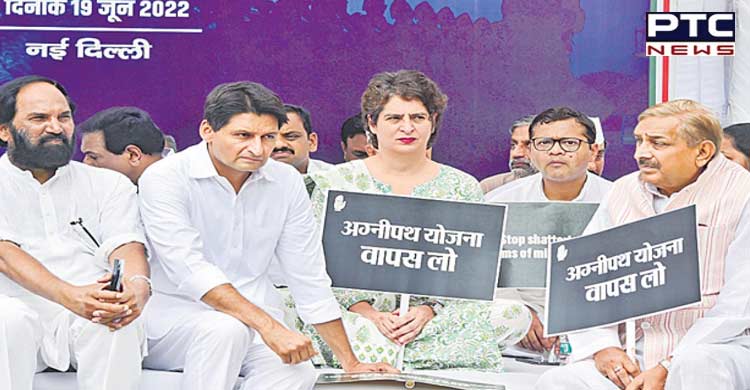 Rahul Gandhi's mother and Congress interim president Sonia Gandhi has also been summoned by the ED to appear before the investigators in the case on June 23.

Earlier also the agency recorded the statements of both the Congress leaders and then under the PMLA. While Kharge is the CEO of YIL, Bansal is the Managing Director of AJL.