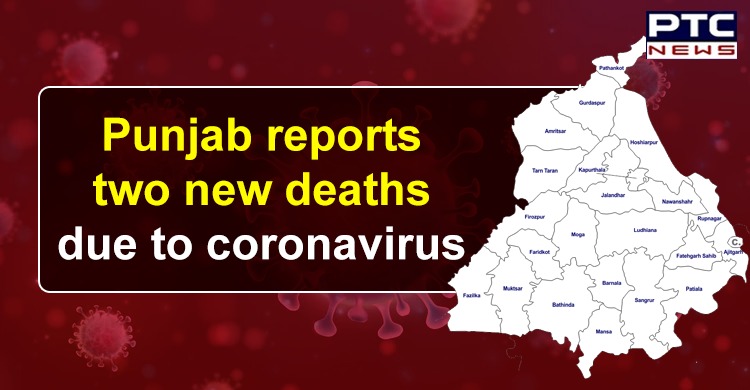 The total number of coronavirus cases in Punjab has increased to 1980 after 16 new cases were reported in the last 24 hours, as of Monday evening. The death toll in the state has also increased to 37after new deaths were reported from Hoshiarpur and Kapurthala.

A 50-year-old man from Kapurthala's Bagria village passed away due to the novel coronavrius. Likewise, a death was reported from Hoshiarpur taking the district death toll to 5.

According to the media bulletin issued by the Punjab Health Department, Ludhiana reported 6 new cases while Hoshiarpur reported 3 new cases of coronavirus. Jalandhar and Faridkot reported 2 new cases each while one each case was reported from Tarn Taran, Gurdaspur and Kapurthala. A total of 181 patients have been declared cured and discharged in the last 24 hours. Of 181 recovered cases, 62 are from Tarn Taran, 17 from Jalandhar, 2 from Mohali, 26 from Sangrur, and 24 from Ropar. Likewise, 36 COVID-19 patients were discharged in Fatehgarh Sahib and 5 from Kapurthala.

Amritsar is on the top of the tally as it has reported 305 COVID-19 cases so far followed by Jalandhar at 209, Tarn Taran at 155, Ludhiana at 150. Gurdaspur has 123 cases of coronavirus while SBS Nagar stands at 105 cases. Mohali has 102 cases while Patiala has reported 101 cases so far. Hoshiarpur has 95 cases. Sangrur tally of coronavirus cases stands at 88 while Muktsar stands at 65. A total of 61 cases have been reported from Moga, 60 from Ropar, 56 from Fatehgarh Sahib.

Faridkot has reported 61 cases so far, Ferozepur and Fazilka stands at 44 each. Bathinda has 41 COVID-19 cases so far. Mansa has recorded 32 cases, while 29 cases have been reported from Pathankot, 33 from Kapurthala, 21 from Barnala. Meanwhile, 396 are the active cases while 1547 people have been cured and discharged.