A Delhi court on Monday sent the son of former BSP MP Ashish Pandey, who had brandished pistol at guests and threatened them in the foyer of a five-star hotel at Delhi, to 14-days judicial custody. 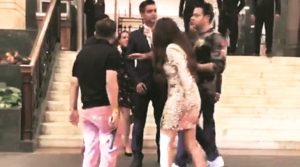 Metropolitan Magistrate Dharmender Singh sent the accused to jail till November 5 after the police said that he was not required for further custodial interrogation.

Later in the day, the accused moved a fresh plea seeking bail which is likely to come up for hearing tomorrow.

The court had earlier rejected his bail plea and issued a non-bailable warrant against him.

Pandey had allegedly brandished a pistol at guests of a five-star hotel threatening them in the foyer, a video of which went viral on the social media.

He hails from Lucknow and is the son of former Bahujan Samaj Party (BSP) MP Rakesh Pandey. His brother, Ritesh Pandey, is an MLA in Uttar Pradesh.   A plea was filed by Delhi Police which had registered an FIR on the complaint of the assistant security manager of The Hyatt Regency alleging that one person was the flagging pistol in his hand in the porch area of the hotel after a tiff with a guest.

A video of the incident, which occurred early on October 14, went viral on social media resulting in public outrage. It prompted the police to step in and launch a hunt for the accused who had gone missing after the incident.

An FIR was filed on October 16 at R K Puram police station under various provisions of the IPC and the Arms Act relating to criminal intimidation and misuse of firearms.

If convicted, Pandey may be awarded maximum seven years jail term along with fine for offences under the Arms Act.

He can also be given maximum sentence of one month’s jail along with fine and a maximum jail term of seven years for the offences of wrongful restraint and criminal intimidation, respectively, under the IPC.

Pandey who had been dodging the arrest despite joint efforts by Delhi and Uttar Pradesh police had on October 18 surrendered before a Delhi court. PTI 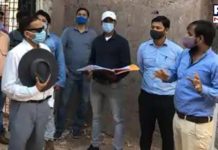 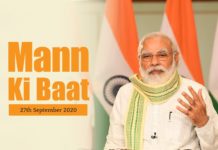 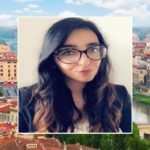