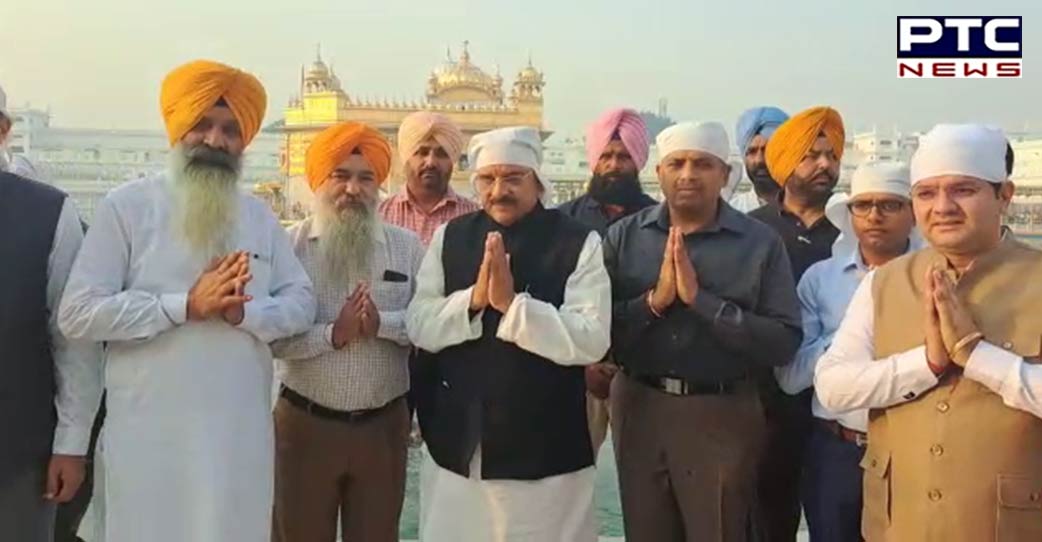 Amritsar, October 29: Union Minister of Defense and Tourism Ajay Bhatt paid obeisance at the Golden Temple in Amritsar on Saturday.

He paid obeisance at Golden Temple Amritsar and for some time enjoyed Ras Bhakni Gurbani.

On the occasion, Union Defense and Tourism Minister Ajay Bhatt said that he consider himself fortunate as he got an opportunity to visit and pay obeisance at Sri Haramandir Sahib.

He further stated that Punjab is a border state in which Central government is making proper arrangements and intensifying campaign against smuggling and drugs in Punjab.

He further stated that is also duty of state government to take action against these issues. 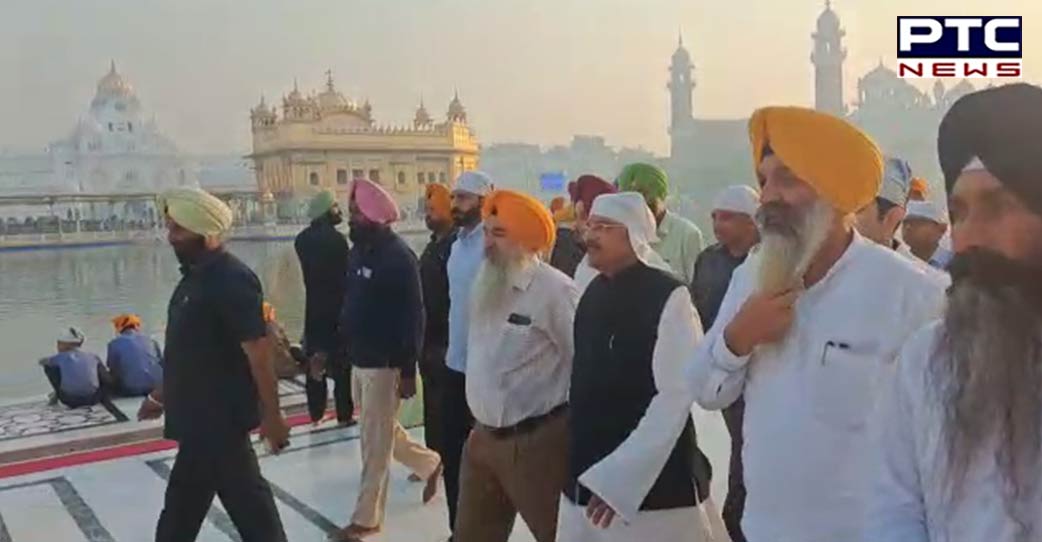 He further added that Kejriwal’s request to put pictures of Lord Ganesh and Goddess Lakshmi on currency notes is political stunt.

He stated that Central government is working on every issue whether it is political or social issue.

Meanwhile, on the occasion, the Shriomani Akali Committee honoured the Union Minister Ajay Bhatt by presenting a picture of Golden Temple and a gift of Guru Ghar.