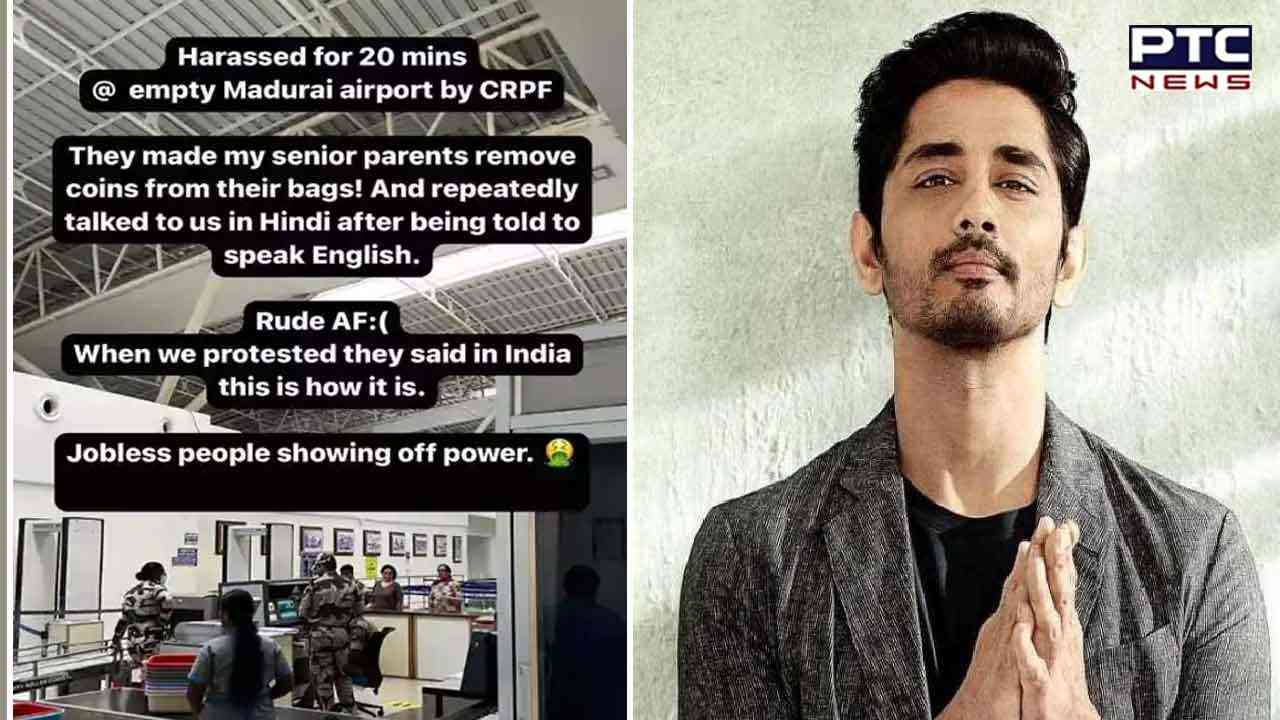 Chennai, December 28: Actor Siddharth on Tuesday, alleged that his parents were assaulted by the CRPF at the Madurai airport.


Taking to Instagram, Siddharth shared a story and wrote, "Harassed for 20 mins at empty Madurai airport by CRPF. They made my senior parents remove coins from their bags! And repeatedly talked to us in Hindi after being told to speak in English. Rude AF. When we protested they said in India this is how it is. Jobless people showing off power."

He is next set to star in the Tamil action film Indian 2 alongside Kamal Hassan, Gulshan Grover, Kajal Agarwal and Rakul Preet Singh.

Siddharth has reportedly been dating actor Aditi Rao Hydari for quite some time and first met on the set of their action romantic film Maha Samudram.

However, couple has been denying their dating rumors and have not affirmed their relationship so far.

Last year, the duo was spotted attending the wedding of actors Rajkumar Rao and Patralekha in Chandigarh.