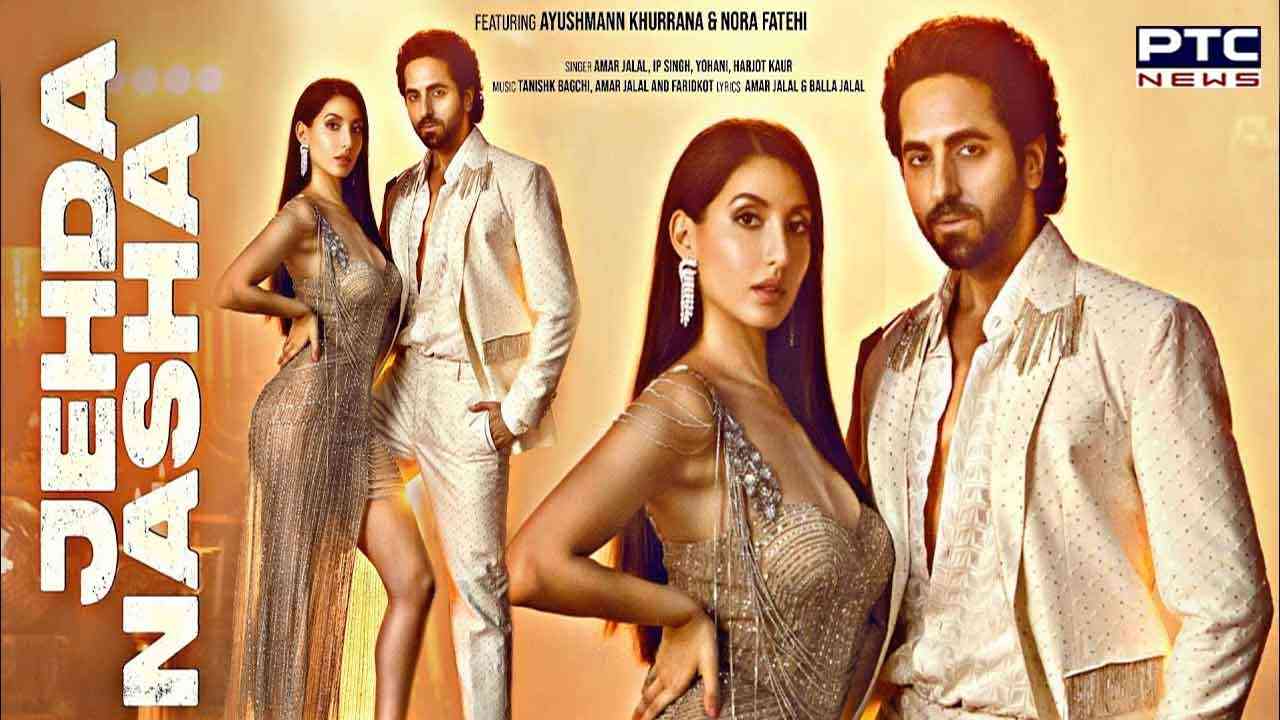 Taking to Instagram, Ayushmann Khurrana shared a glimpse of the song which he captioned, "#JedhaNasha is OUT NOW to cast its spell on you, once more."

Sung by Amar Jalal, IP Singh, Yohani and Harjot Kaur and penned by Amar Jalal and Balla Jalal, the song is a dancing track which features Ayushmann Khurrana and Nora Fatehi.

In the video, Nora looked drop-dead gorgeous in her different attires and soon after the song was out, fans swamped the comment section with red hearts and fire emoticons and hailed the duo for their steaming hot chemistry.

"A great collaboration," a fan commented.

The song is an official remake of an old song with the same title by Amar Jalal.

Apart from Nora Fatehi, Bollywood diva Malaika Arora will also be having a special item number in 'An Action Hero'.

Recently, the makers unveiled the official trailer of the quirky thriller film which gathered massive responses from the audience.

Helmed by Anirudh Iyer, the film also stars Jaideep Ahlawat in the lead role and is all set to hit the theatres on December 2, 2022.

The film marks the 'Dream Girl' actor's first action-packed role of his career.

Meanwhile, Ayushmann will also be seen in an upcoming comedy film 'Dream Girl 2' alongside Ananya Panday, Paresh Rawal, Annu Kapoor, Manoj Joshi and Vijay Raaz and the film is all set to hit the theatres on June 23, 2023.