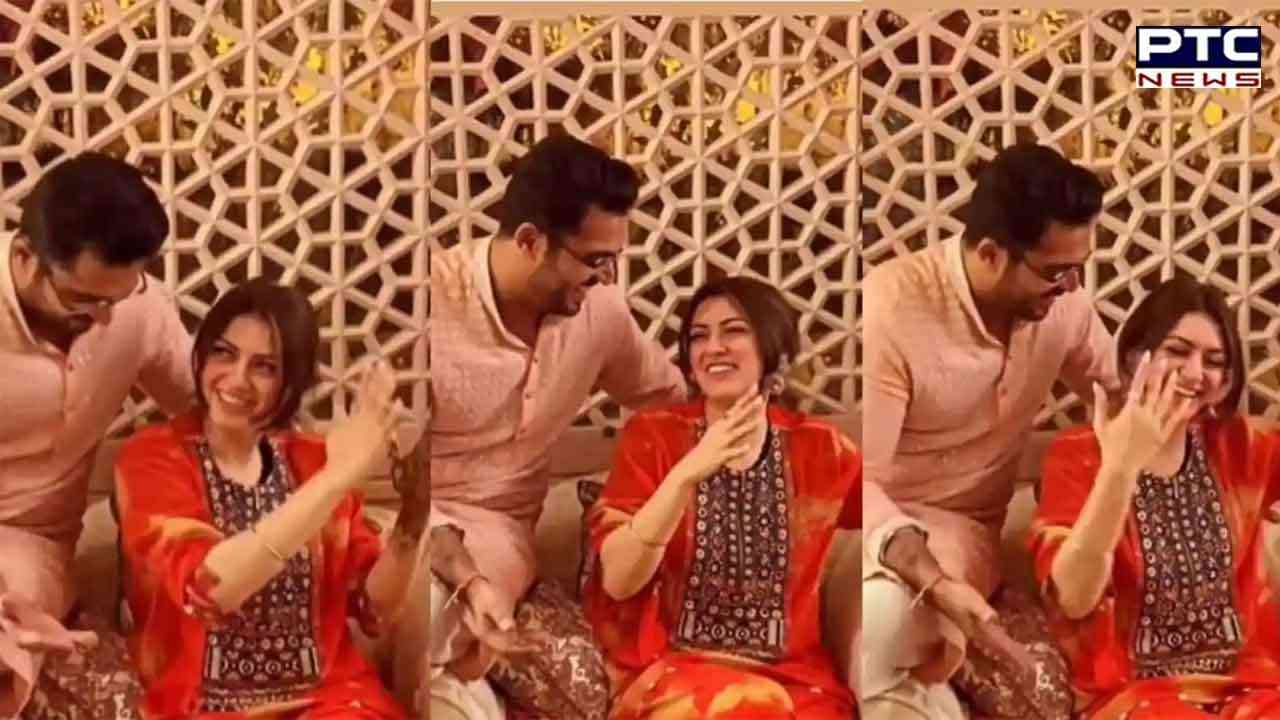 Pictures and videos from her mehendi ceremony have surfaced online.

Hansika chose to wear a beautiful red and yellow ethnic outfit, while her fiance Sohael Khaturiya opted for a peach and cream ethnic look.


In the images and videos, she is seen beaming with joy while mehendi being applied to her hands. In one of the clips, she is also seen grooving with Sohael.

Hansika on Thursday flew out of Mumbai with her family members and was seen at the airport.

Last month, Hansika shared a string of images of her beau Sohael proposing to her in front of the Eiffel Tower ."Now and Forever (black heart emoji)," Hansika captioned the post. Sohail commented, "I love you my life (red heart emoji)."


For the occasion, Hansika wore a white dress and heels. Sohail opted for a white shirt under a black jacket and pants and wore white shoes.


If reports are to be believed, Hansika and Sohael will tie the knot at Mundota Fort and Palace in Jaipur, Rajasthan, on December 4. The couple's pre-wedding festivities began with the Mata Ki Chowki last week in Mumbai and following that Hansika had a blast at her bachelorette in Greece with her girl gang.