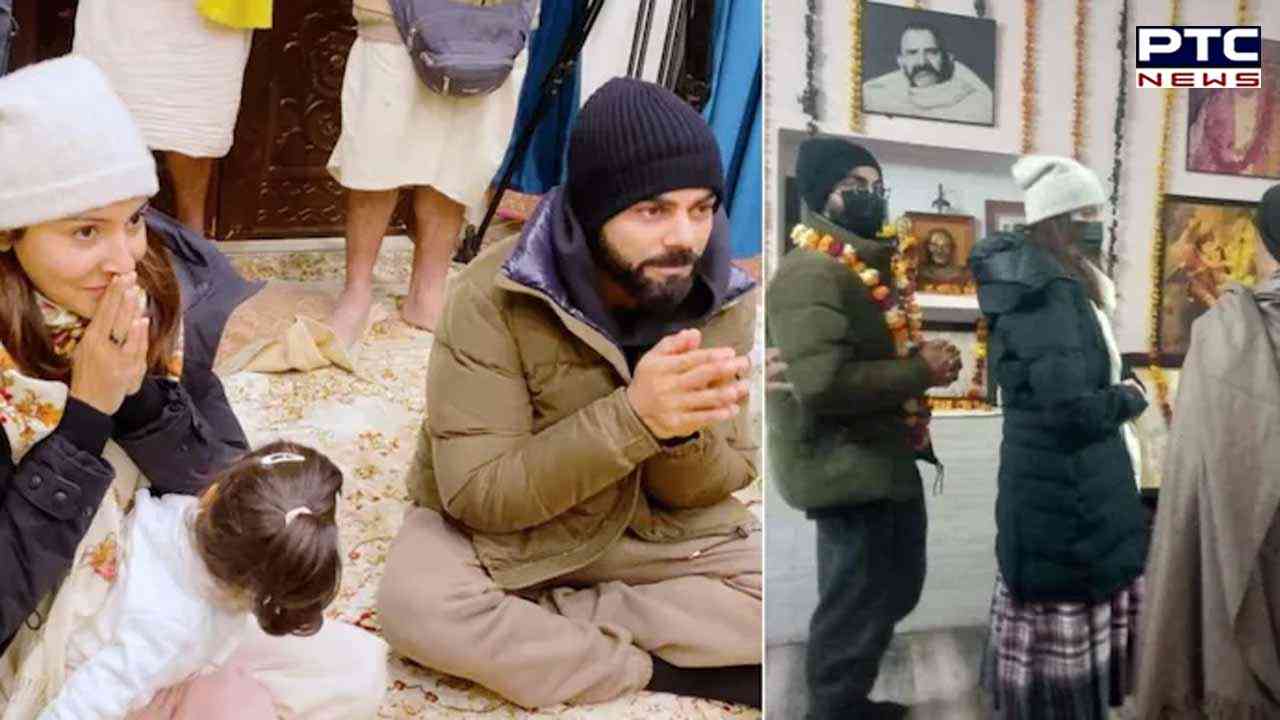 
The trio was spotted seated on a carpeted floor with folded hands, dressed in thick woollen outfits. Vamika was seated on the lap of mom Anushka, dressed in a white hoodie and pink pants. While the 'Jab Tak Hai Jaan' actor had donned a black jacket with a white beanie.

Meanwhile, Virat was sitting nearby, dressed in an olive-green jacket with a blue beanie and muffler. They were subsequently embellished by a priest, who garlanded Vamika and Virat Kohli with garlands of pink and blue flowers respectively. Anushka Sharma received a blue-coloured veil, after which she kneeled on the floor.


After ringing in the New Year in Dubai, the star couple reached Vrindavan on January 4. Several images surfaced online in which the two are seen offering prayers at an ashram of Baba Neem Karoli with their tiny tot.

If reports are to be believed, Virat and Anushka meditated at the ashram for an hour and also distributed blankets at the ashram. In November 2022, the two paid a visit to Baba Neem Karoli's ashram in Uttarakhand as well.

Virat and Anushka tied the knot in Italy on December 11, 2017, and are one of the most loved celebrity couples. The couple was blessed with a baby girl in January 2021.

Meanwhile, on the professional front, Anushka recently surprised everyone with her cameo in 'Qala'. Her presence in the film was kept a closely guarded secret and it seems like it's become a huge talking point after the release. Backed by Anushka's brother, Karnesh Sharma's production house Clean Slate Filmz, the film stars Tripti Dimri, Swastika Mukherjee and Babil Khan. In the upcoming months, Anushka will be seen essaying the role of the iconic Indian pace bowler Jhulan Goswami in the much-talked-about film 'Chakda Xpress'.