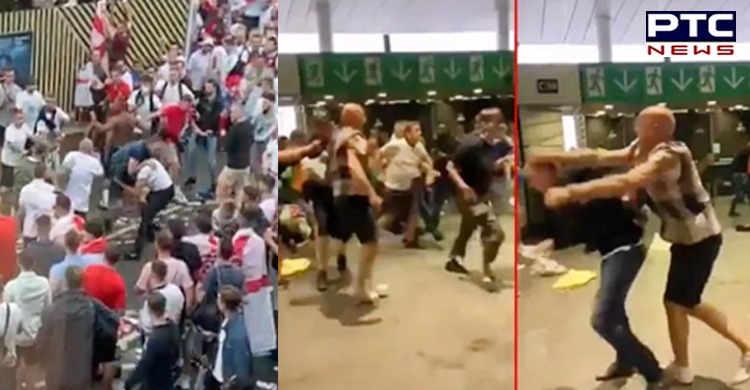 England supporters reacted after Italy’s victory at the European Championship in a 3-2 penalty shootout. The Euro 2020 final between England and Italy ended 1-1 after extra time that led to the penalty shootout. 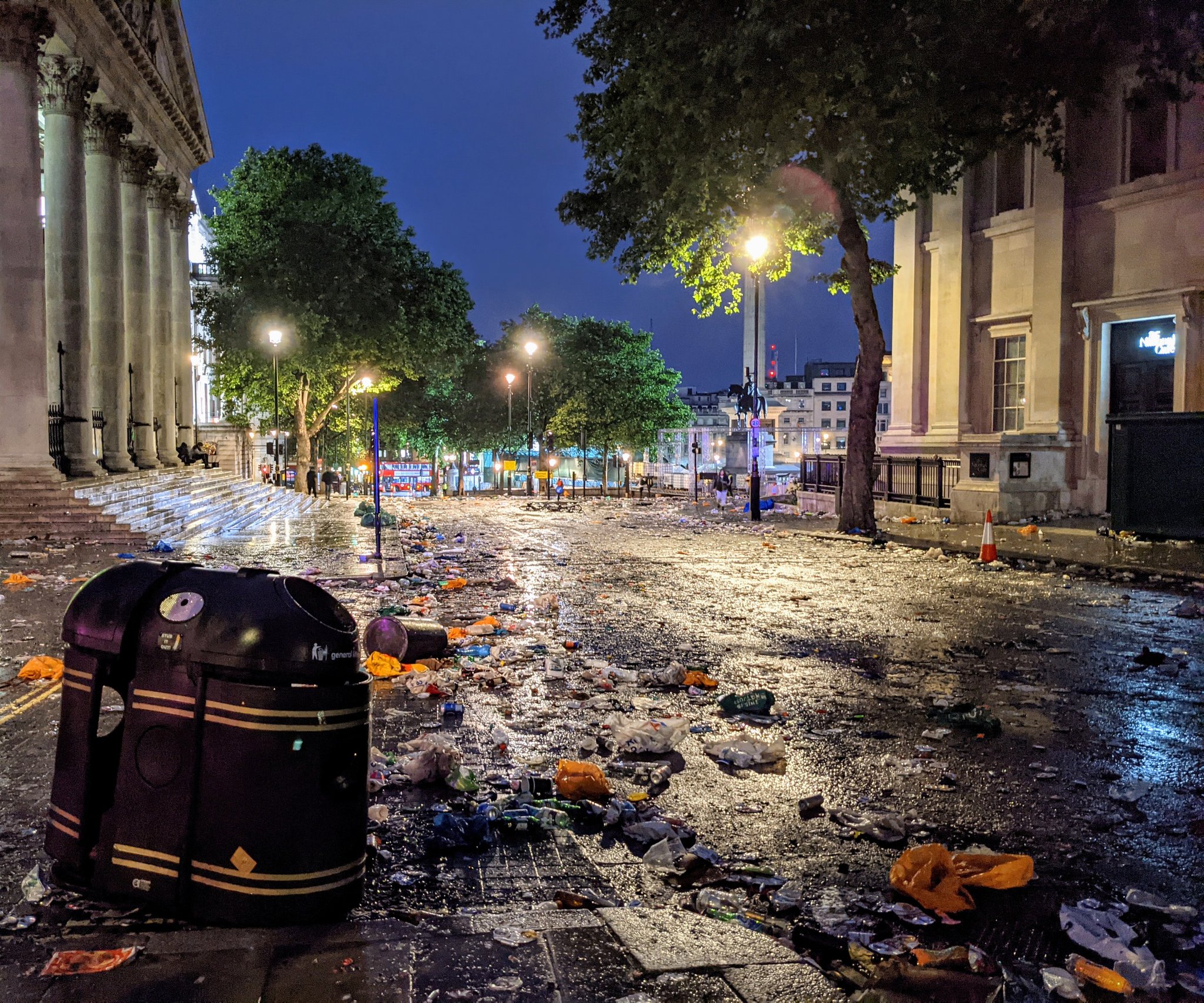 English fans attacked the Italian fans outside the Wembley stadium. The viral video clips went viral on social media in no time. A video making rounds on the Internet, showed English fans hitting their Italian counterparts. They were kicking and punching outside the stadium. 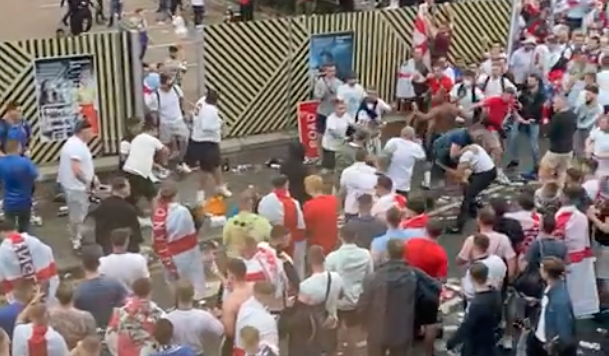 While sharing the video, the Twitter user wrote: "This is England. The unbelievable violent scene at Wembley stadium. And just look at how they throw punches and kicking innocent people. What disgraceful and disgusting behavior. FYI: Italian have a better team and better team won." 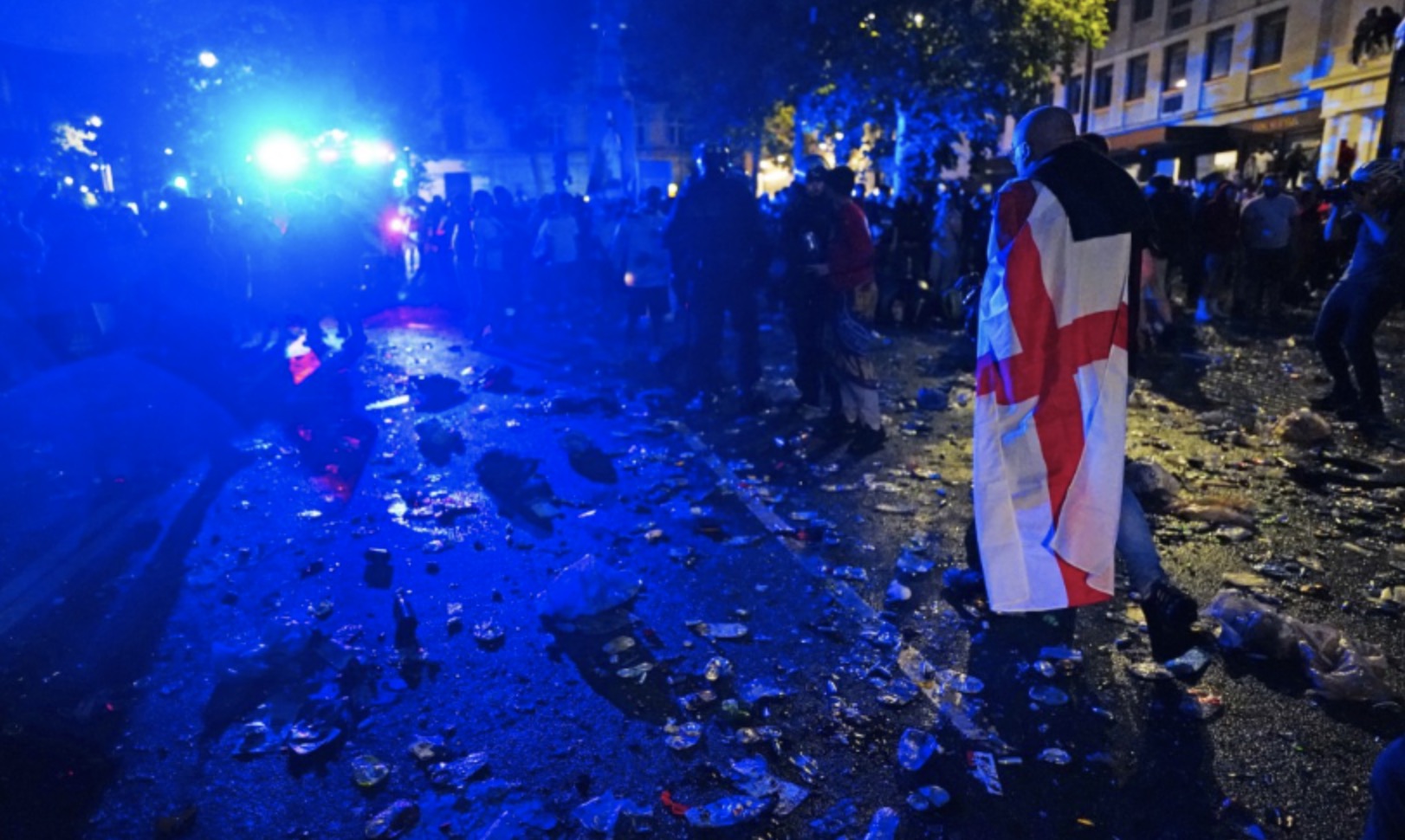 Even before the match, thousands of fans without tickets created ruckus outside the Wembley Stadium. Some of them were climbing up trees and traffic lights to fly the England flag.

There were chaotic scenes as security staff and police scuffled with hundreds of fans who tried to storm barriers and enter the stadium.

London Metropolitan Police admitted that some ticketless England fans entered the 90,000-seat stadium, while the capacity was supposed to be limited to 67,000 due to the coronavirus pandemic.