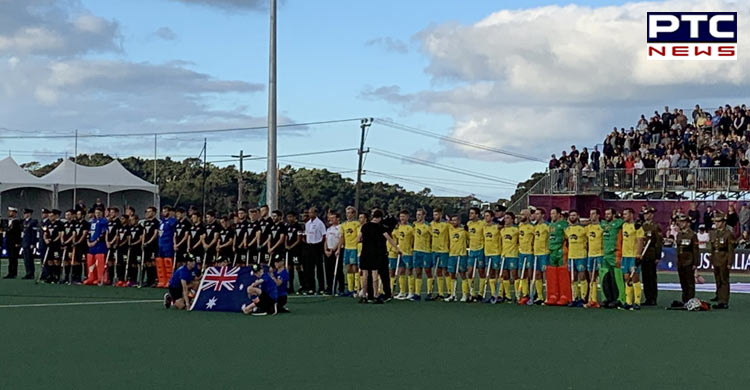 History was created at North Harbour Hockey Stadium in Auckland on Thursday when national hockey teams of both New Zealand Australia, both men and women, played each other on the Anzac Day

Interestingly, the historic meet ended with wins for both Hockeyroos and Kokaburras. Though the home crowd may have been disappointed at the outcome but it had the consolation of watching some vintage hockey on an important day. 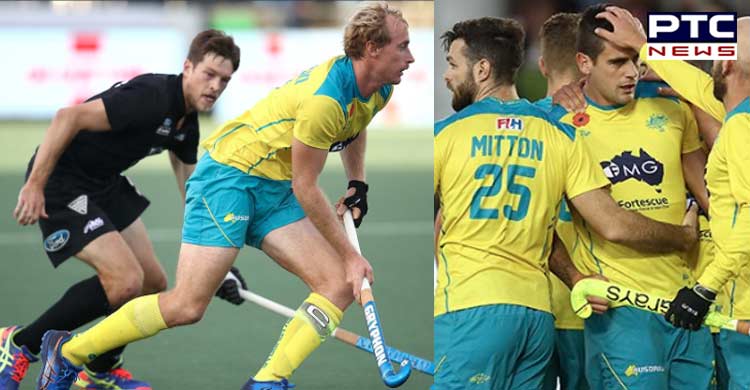 Australia’s women avenged March’s home loss against the Black Sticks with an emphatic, clinical display to emerge 5-1 winners against the hosts. Kaitlyn Nobbs, Emily Chalker and Savannah Fitzpatrick helped the Hockeyroos into a 3-1 lead before two Grace Stewart goals in the final quarter sealed the win as the visitors strengthened their hold on fourth place in the FIH Pro League standings. Defeat for New Zealand leaves it  sixth in the table, having lost ground on fifth-placed Germany who were winners against Great Britain  on Wednesday.

The Kookaburras were given a stern test by the Black Sticks men before winning 4-3 thanks to strikes from Tom Craig, Flynn Ogilvie and a double from Player of the Match Blake Govers. Australia remains second in the standings but has improved its points percentage, closing the gap on league leaders Belgium. New Zealand remains at bottom of the standings. 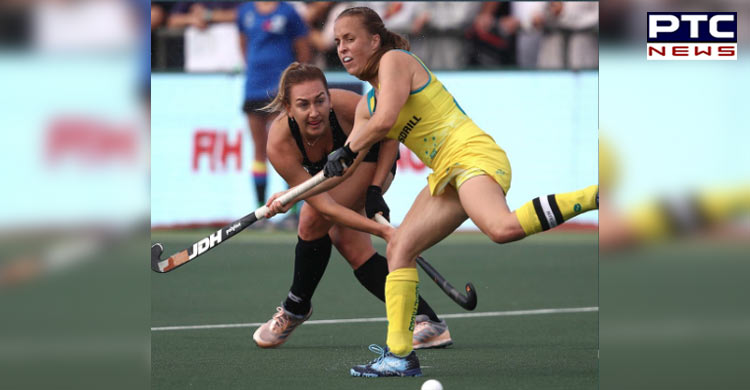 The first of the meetings on Anzac Day - a national day of remembrance in New Zealand and Australia that commemorates the citizens of both nations who served and died in all wars, conflicts and peacekeeping operations - featured the women’s teams, with the Black Sticks (FIH World Ranking: 6) and the Hockeyroos (WR:3) contesting a hugely entertaining fixture in front of an enthralled crowd at the North Harbour Hockey Stadium.

Also Read: In Global Kabaddi League, these teams will face each other today

Australia - beaten 3-1 by New Zealand in last month’s reverse fixture in Sydney - needed just two minutes to open the scoring in their first FIH Pro League match on the road, with Kaitlyn Nobbs following her penalty corner injection into the danger area and getting a decisive touch on a Jodie Kenny’s drag-flick. Despite conceding, it was the Black Sticks who posed the biggest threat for much of the opening two periods. Megan Hull had a goal ruled out by an umpire video referral due to back stick, while Ella Gunson and Kirsten Pearce also went close before Australia doubled their advantage six minutes into the second period. Emily Chalker was the scorer, turning brilliantly before unleashing a blistering strike into the bottom corner past New Zealand goalkeeper Grace O’Hanlon.

The Black Sticks halved the deficit just before half time when Deanna Ritchie deflected home a pass from Stacey Michelsen, but Australia re-established the two goal advantage thanks to Savannah Fitzpatrick’s fourth goal of the FIH Pro League, beating O’Hanlon at her near post with a fierce forehand strike in the opening moments of the third period. 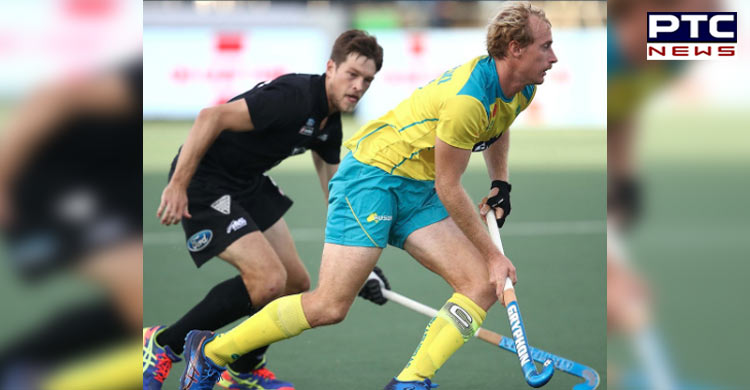 New Zealand created numerous opportunities in the third and fourth quarters, but their failure to convert their chances combined with Australia’s ruthlessness in front of goal proved their undoing. The Hockeyroos finished the match with a startling statistic of five goals from five shots, with Grace Stewart scoring a close range double from flowing team moves to complete a 5-1 victory on New Zealand soil.

A reflective New Zealand captain Stacey Michelsen said: “We needed to be clinical in the attacking circle. In the first half particularly we created so many opportunities, but our touch just wasn't there. There were a lot of mis-traps that lead to a lot of wasted opportunities, and second half, defensively, we just weren’t tight enough in the circle.”

The opening stages of the men’s Oceania derby match were closer than many would have predicted, with bottom of the table New Zealand (WR:8) frustrating a high flying Australia (WR:2) team for long periods. The Black Sticks produced some excellent defensive work to keep the visitors at bay, but eventually conceded twice in quick succession towards the end of the first period. A sensational cross-field backhand pass from Blake Govers created the opening for the first goal, picking out Trent Mitton who in turn released Tom Craig to fire home before Flynn Ogilvie smashed a glorious backhand strike into the net on the stroke of quarter-time. 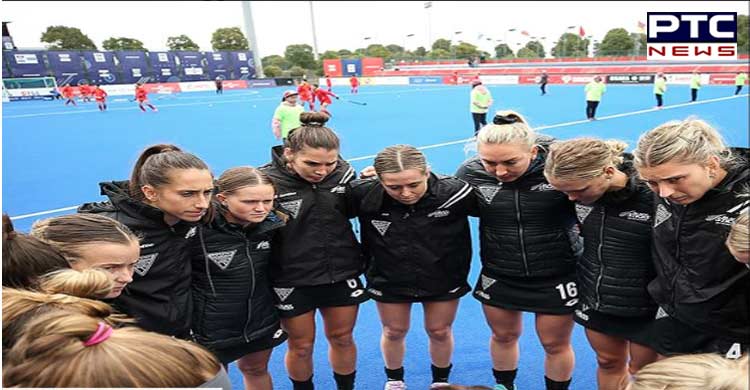 The second quarter belonged to the hosts, with New Zealand applying pressure on the Australian defence and creating numerous scoring chances. A ferocious Cory Bennett penalty corner drag-flick came agonisingly close to reducing the deficit mid-way through the period, cannoning back off the left post into the helmet of goalkeeper Andrew Charter before being frantically cleared by Kookaburras captain Aran Zalewski.

As their women’s had done in the previous match, New Zealand pulled a goal back just before half time when George Muir caught the Australian defence napping and scooped home from close range. It was a goal that the Black Sticks certainly deserved, and their hard work brought further rewards when Arun Panchia equalised mid-way through the third quarter the a fine strike into the bottom right corner. However, Australia hit back almost immediately when Blake Govers rattled the backboard with a low penalty corner, putting the Kookaburras back in the driving seat going into the final quarter.

A poor challenge outside the circle by Hayden Phillips  on Jake Whetton proved costly, with Phillips being shown a yellow card before Govers compounded the error by scoring his second penalty corner of the game to put Australia 4-2 up. A dramatic final five minutes saw Australia hit the post through Jeremy Hayward moments before New Zealand gave themselves a life-line when Mackenzie Wilcox made it 4-3. However, the Aussies held on to claim their second FIH Pro League victory over the Black Sticks, adding to the 5-1 triumph achieved in Sydney last month.

“New Zealand had us scrambling toward the end there and it made it interesting for the crowd, but luckily enough we held on”, said Player of the Match Govers. “I believe it is our fault that we let them come back [into the game] so easily, but we have plenty of learnings to take away.” 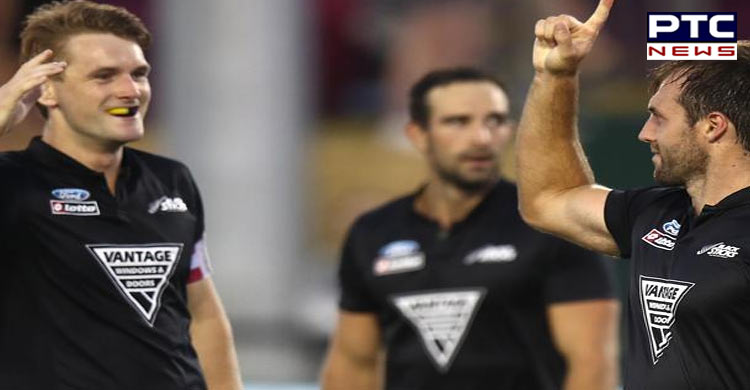 Commenting on the match, New Zealand captain Arun Panchia said: “It’s great to be a part of this game, and to be playing on Anzac Day against these guys is pretty special. We are glad we put up a good fight, but still it is another loss for us.”