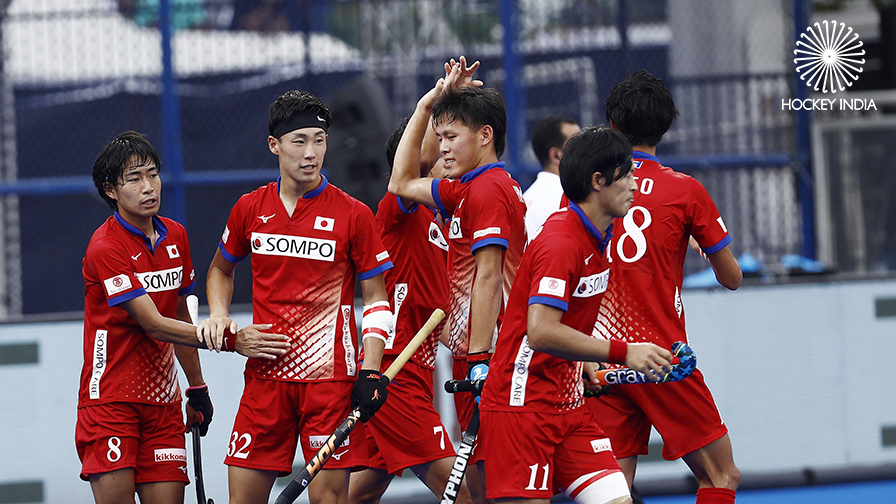 Two goals in the last 45 seconds helped Japan to beat USA 4-2 finish third in the FIH Series Finals at Kalinga Stadium in Bhubaneswar on Saturday. In all three goals were scored in last 90 seconds of a game that was played on a fast pace and saw the two teams dishing out their best. While Japan has already qualified for the 2020 Tpkyo Olympic games, both as a host and also as the Asian games champion, it was the USA that emerged as the strong underdogs of the tournament.

Led by Mohan Gandhi, a player of Indian origin, the USA had played a 2-2 draw with Japan in pool games pushing the Asian games champions to crossovers. At one stage it looked as if the US team will repeat its pool game performance as it drew level the score at 2-2 in the 59th minute. Aki Kaeppeler, who emerged as one of the top penalty corner striker, scored both the goals for the US.  It was he who set the scoring in motion with a conversion in the 10th minute and shot again in the 59th minute. But his efforts could not carry the day. Instead, the honours were snatched by Kenta Tanaka, who scored two goals in last 45 seconds, both as final touch goals after the US had withdrawn the goalkeeper. Earlier, Japan had the misfortune of muffing a penalty stroke in the 23rd minute but managed to score from the second such award. After Zendana Hirataka flicked wide, it was  Yoshiki Kirishita who made no mistake from the second stroke.After the US took the lead in the 10th minute,  Kazuma Murata scored the equaliser in the 11th minute.