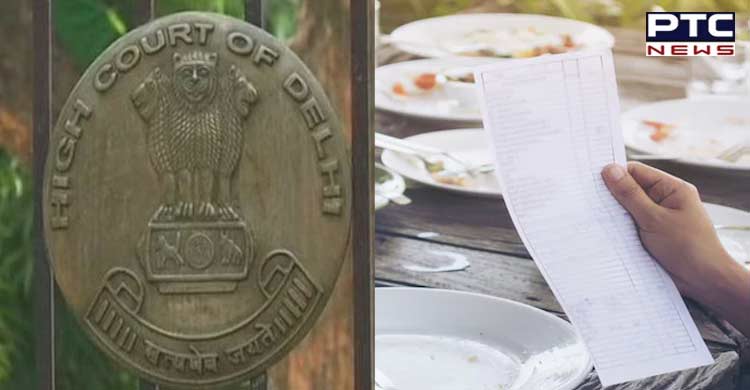 "The Guidelines have been issued for safeguarding the rights and interests of consumers and to protect the consumers from unfair trade practices and violation of consumer rights due to mandatory collection of service charge and adding such charge automatically or by default in the food bill without allowing consumers the choice or discretion to decide whether they want to pay such charge or not," the appeal read.

It further said that the guidelines were formulated based on complaints received from consumers.

The appellant contended that, despite recording that the issues raised in the writ petition require consideration, the single Judge bench did not call for any Counter Affidavit and instead issued the impugned order. The Appellants' humble and respectful submission is that the Impugned Order was passed hastily without taking into account that the Guidelines were issued to protect the rights and interests of consumers.

After hearing the initial submissions, the Bench of Justice Satish Chander Sharma and Justice Subramonium Prasad agreed on Tuesday to adjourn the case until August 18, 2022, at the request of one of the respondent's lawyer.

While issuing notice on the petition challenging the guidelines, the Delhi High Court also stayed the operation of guidelines issued by the Central Consumer Protection Authority restraining the levying of service charges by restaurants and hotels last month.

On the petition filed by the Federation of Hotels and Restaurants of India and others, Justice Yashwant Varma served notice on the Ministry of Consumer Affairs, CCPA.

While issuing the notice, the single bench also stated that restaurants prominently display the service charge component in the price of the food. According to the High Court, restaurants will not charge service fees for takeaway food or delivery of food.

The CCPA's counsel argued that " Consumers should not be forced to pay".

He also stated that anything above the maximum retail price (MRP) is considered an unfair trade practice. The guidelines were issued to protect the consumer's rights. The counsel also stated that numerous complaints had been received alleging that restaurants were restraining customers who did not pay the service charge from entering.

According to the single bench, " It's a matter of choice. Don't enter the restaurant if you don't want to pay."

According to the petition filed by FHRI, the CCPA can only issue guidelines. The most recent guidelines prohibiting the imposition of service charges are arbitrary.