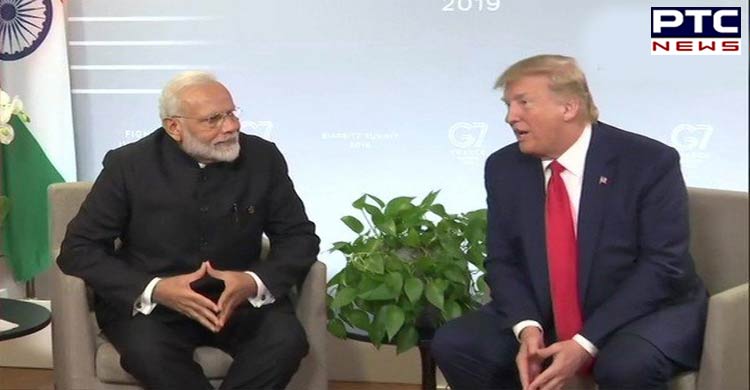 G7 Summit: Prime Minister Narendra Modi holds a bilateral meeting with US President Donald Trump on the sidelines of the summit in Biarritz, France, on Monday. US President Donald Trump and PM Modi raised Kashmir issue during a bilateral meeting at G7 Summit. Donald Trump said, "We spoke last night about Kashmir, Prime Minister really feels he has it under control. They speak with Pakistan and I'm sure that they will be able to do something that will be very good".

Likewise, PM Modi said, "All issues between India and Pakistan are bilateral in nature, that is why we don't bother any other country regarding them". "India and Pakistan were together before 1947 and I'm confident that we can discuss our problems & solve them, together", he added. While mocking PM Narendra Modi, Donald Trump said, "He (PM Modi) actually speaks very good English, he just doesn't want to talk".

Afterward, Donald Trump said, "We are talking about trade, we're talking about military and many different things. We had some great discussions, we were together last night for dinner and I learned a lot about India".