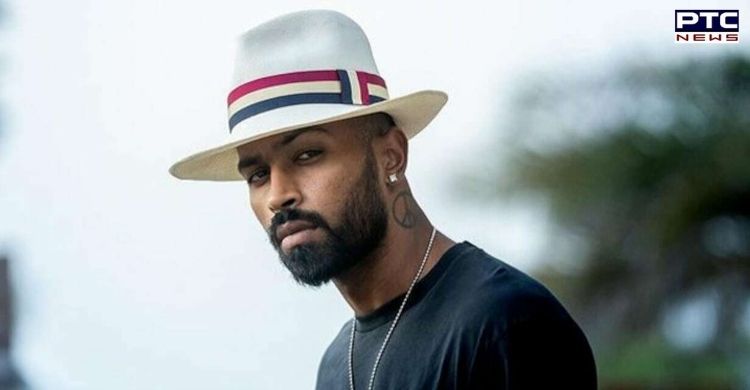 Indian cricketer Hardik Pandya on Tuesday issued a clarification on reports stating that his two watches worth Rs 5 crore were seized from him at the Mumbai airport on his return from Dubai. He said that only one watch worth Rs 1.5 crore had been taken for "proper valuation".

A report had stated that two watches were seized by the Customs Department on Sunday night as Hardik Pandya had allegedly did not have a bill for them. 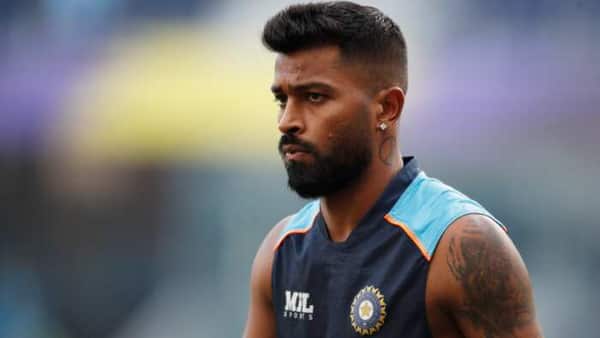 Denying the charges, Pandya issued a statement on Twitter saying, "I had voluntarily declared all the items that I'd lawfully purchased from Dubai and was ready to pay whatever duties that needed to be paid. As a matter of fact, the customs department had asked for all purchase documents which were submitted; however, customs is doing the proper valuation for duty which I've already confirmed to pay." 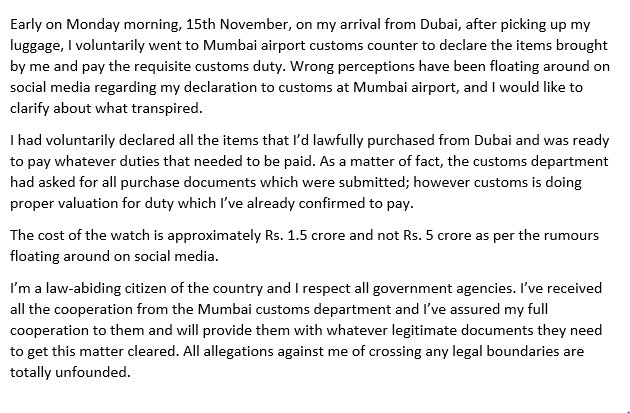 He wrote: "Early on Monday morning, 15th November, on my arrival from Dubai, after picking up my luggage, I voluntarily went to Mumbai airport customs counter to declare the items brought by me and pay the requisite customs duty. Wrong perceptions have been floating around on social media regarding my declaration to customs at Mumbai airport, and I would like to clarify about what transpired." 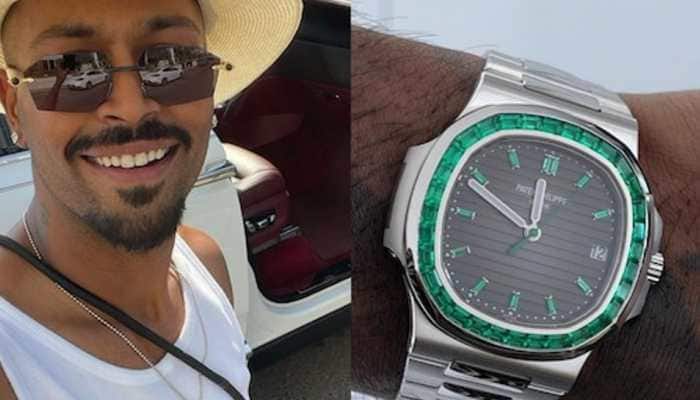 "The cost of the watch is approximately Rs. 1.5 crore and not Rs. 5 crore as per the rumours floating around on social media," he clarified.

"I'm a law-abiding citizen of the country and I respect all government agencies. I've received all the cooperation from the Mumbai customs department and I've assured my full cooperation to them and will provide them with whatever legitimate documents they need to get this matter cleared. All allegations against me of crossing any legal boundaries are totally unfounded," he stated.