I always have death bowling session at nets: Bumrah 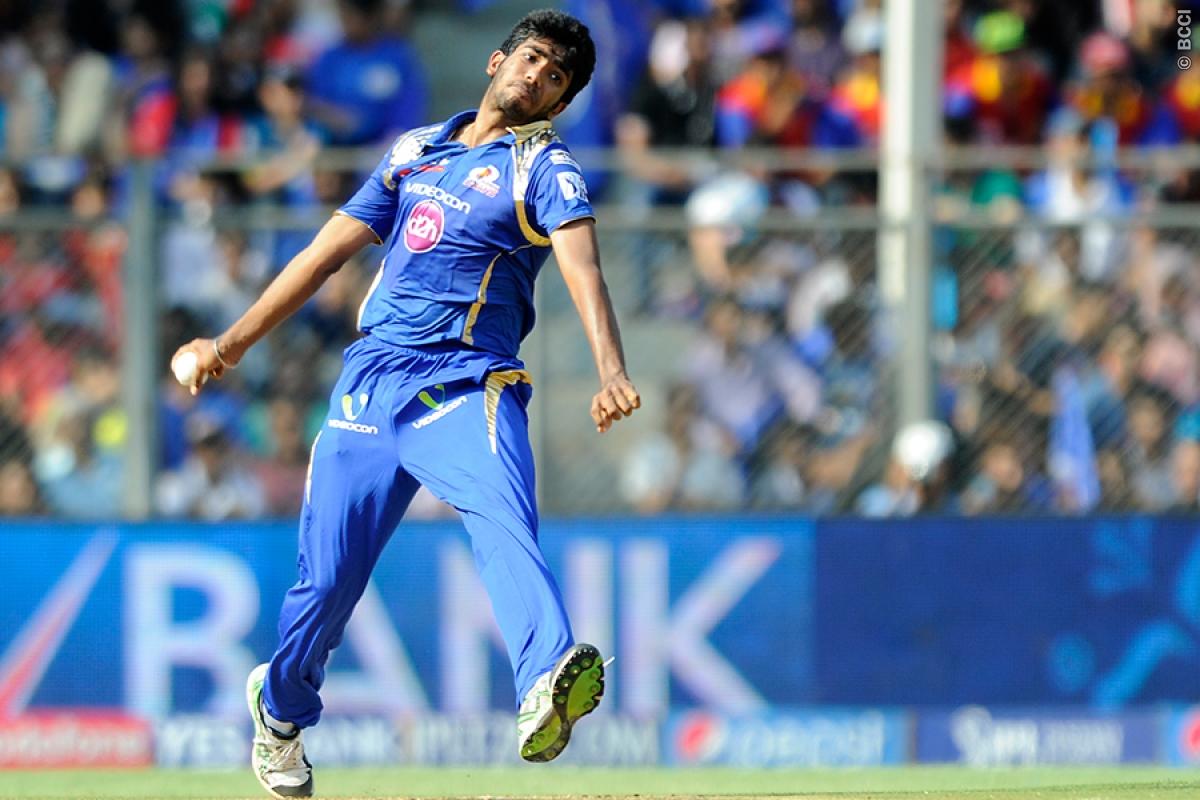 Rajkot: Arguably one of the best death overs bowlers in the world, Mumbai Indians seamer Jasprit Bumrah says his success is a result of consistently practicing this aspect of bowling in the nets.

Bumrah produced one of the finest death overs in the history of Indian Premier League as Mumbai Indians nearly committed harakiri before edging out Gujarat Lions in a thrilling Super Over finish here last night.

"I don't practice like how (Lasith) Malinga does it by keeping a shoe (which the Lankan ace then tries to hit with his toe-crushers')," said Bumrah.

After the scored were tied, the one over Eliminator saw Mumbai Indians score just 11.

Defending 11, Bumrah conceded only six runs displaying brilliant variations of slower deliveries including a few in the blockhole.

Bumrah said his skipper Rohit Sharma had told him not to take extra pressure in the super over.

"He just told me to back my skill. 'It's just an over, don't take extra pressure, be confident, be calm and try to execute our plans'," Bumrah revealed.

"This was the first time, when I was bowling super over, there is always pressure, because you have to defend only 11 runs, but at that time you only keep a calm head and not to focus on negative things.

"I was focussing on positive aspects and thinking about the plan which we had made," he added.

Chasing 154 for victory, there were three run-outs in the last seven balls as Mumbai Indians got bundled out for 153 off the final ball.

Asked whether the Mumbai batsmen had pressed the panic button in the last over, Bumrah said, "We were not panicking.

We are losing wickets quickly, usually these things happen in cricket. It was a good tight match and we are happy at the end that we were the winning side.

"Actually he bowled a very good over. Any batsman would have found it really tough to hit a six or a boundary off those yourkers. It was a perfect over for Mumbai Indians," said Kishan.

He insisted that his team always thought that the target could be defended.

"Actually it's all about belief. So we believed that our bowlers would do well and fielding was very good in the previous matches," he said.