"I Don't even have a Power Minister", quips Captain Amarinder Singh when asked about Atomic energy units in Punjab 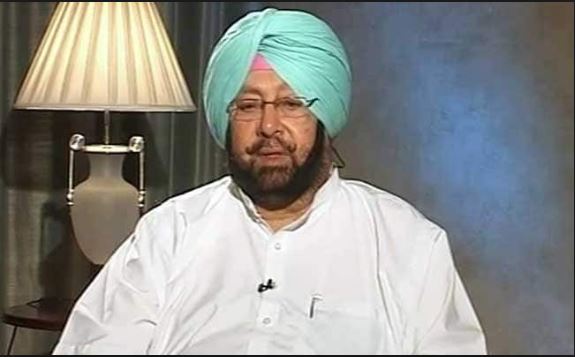 New Delhi: Punjab Chief Minister Captain Amarinder Singh on Tuesday said he was yet to receive any proposal from the Central Government for establishment of atomic energy units at the Bathinda and Ropar power plants.

Talks on the subject of using atomic energy for power production had been going on for a long time but there was nothing concrete yet on the table, he told mediapersons in response to a question. He was chatting informally with reporters after meeting Union Health Minister Dr Harsh Vardhan.

Asked to react on the issue, he said he would do so as and when the formal proposal comes to him. “At the moment, I do not even have a Power Minister,” the Chief Minister quipped, in an apparent reference to Navjot Singh Sidhu’s resignation after his refusal to take over the Power portfolio allocated to him as part of a state cabinet reshuffle post the Lok Sabha elections.

The Chief Minister has been personally monitoring the Power department functioning on a day to day basis, in view of the ongoing Paddy season, which requires continuous Power. The state has been witnessing unprecedented peak demand of Power in view of the erratic monsoon, leading to shortfall in rains in some areas.

In response to another question, the Chief Minister said he had never had any problems working with the Centre. Cordial relations between the central and state governments were important in a federal structure, and he had no issues dealing with any government at the Centre in the interest of Punjab, he added.