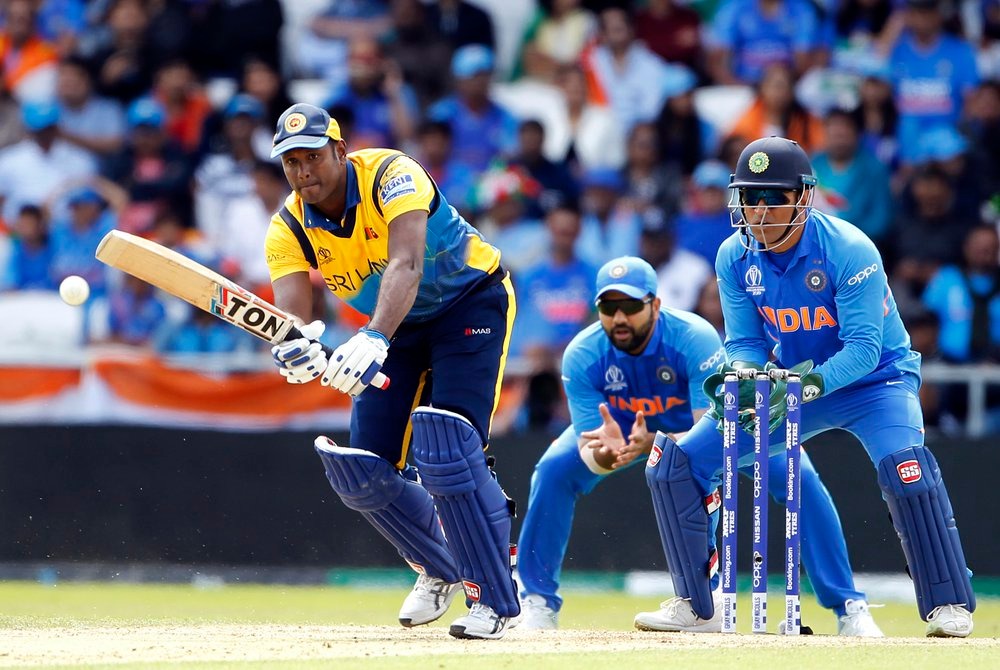 For Sri Lanka, skipper Dimuth Karunaratne and Kusal Perera opened the inning. The team suffered a bad start as they lost skipper Karunaratne (10) in the fourth over. Jasprit Bumrah struck for India, Karunaratne tried to play the cut short but the ball went to the hands of wicket-keeper MS Dhoni.

Kushal Perera (18) stitched a 23-run brief partnership with Avishka Fernando before the former was sent to pavilion by Bumrah in the eighth over. The team could not recover from there and lost two quick wickets as Kusal Mendis (3) and Fernando (20) failed to leave their mark.

After the fall of four wickets at the score of 55, Angelo Mathews and Lahiru Thirimanne built a crucial partnership of 124 runs in the middle overs. Mathews smashed his third ODI hundred against India.

Thirimanne played a knock of 53 runs before he was departed by spinner Kuldeep Yadav in the 38th over. After his wicket, Dhananjaya de Silva joined Mathews in the middle. Both built a partnership of 74 runs to help the Lankan side to go past 200 run mark.
Mathews (113) was departed by Bumrah in the 49th over, he played a short that lands to the extra cover, Rohit Sharma. Silva played an unbeaten knock of 29 runs.

For India, Bumrah scalped three wickets and returned to the figure of 3-37. While Bhubaneshwar Kumar, Hardik Pandya, Ravindra Jadeja, and Kuldeep took one wicket each.
India needs 265 runs to win the match. (ANI)