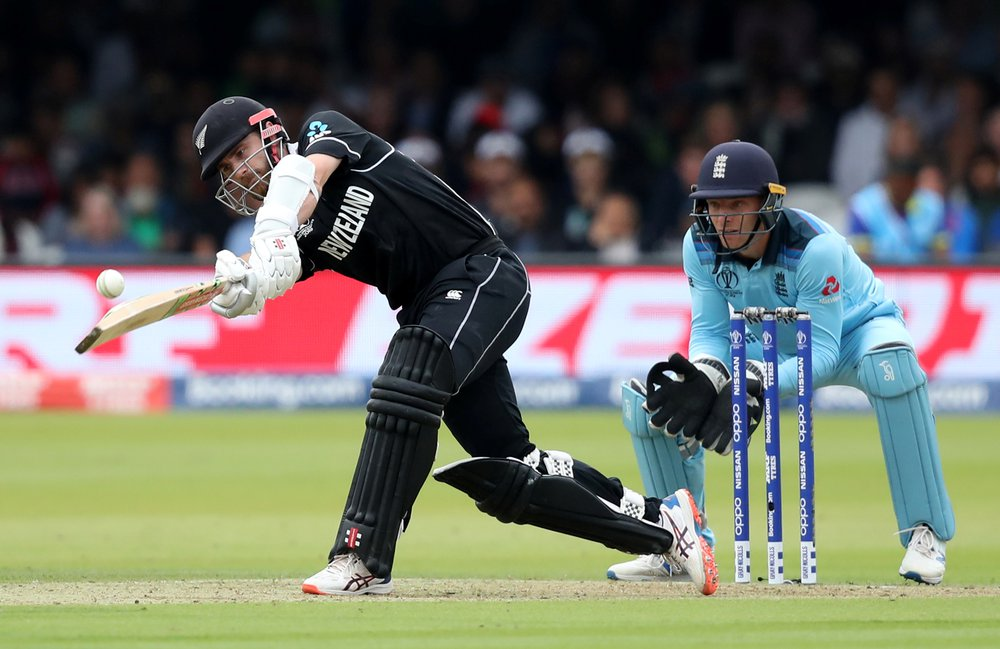 New Zealand posted a target of 242 runs against England in the final of the ICC Men's Cricket World Cup at Lord's here on Sunday.

New Zealand skipper Kane Williamson won the toss and choose to bat first against the aggressive English bowling line-up. Kiwis could not get the desired start as they lost their opening batsman Martin Guptill early in the seventh over of the innings.

Chris Woakes caught Guptill in front of wickets and sent him to the pavilion. Although Guptill (19) took a DRS as he was not convinced with on-field umpire's decision, the third umpire stayed with the ground umpire's decision of 'out'.

Henry Nicholls with Kane Williamson tried to build the innings and kept the scoreboard moving. By the end of 10 overs, New Zealand were at 33 runs with a loss of one wicket.
Williamson and Nicholls stitched a 74 runs stand before the latter was caught behind the stumps by Jos Buttler in the 23rd over. Liam Plunkett got rid of Kiwi skipper Williamson (30) at the team score of 103.

Ross Taylor joined Nicholls in the middle and helped him to get his 50 off 71 balls in the 25th over. Plunkett bowled Nicholls (55) on back of a length ball in the 27th over.

England bowlers send the Kiwis top-order back to pavilion without scoring many runs.

Taylor and Tom Latham stiched a brief stand of 23 runs before the former was dismissed by Mark Wood in the 34th over. Taylor added 15 runs to the team total.

Jimmy Neesham came in to bat at number six and built a partnership of 32 runs with Latham. Neesham was caught by Joe Root on mid-on in the 39th over. Plunkett took his third wicket of the match as he dismissed Neesham.

Latham and Colin de Grandhomme guided the team score to get past to 200 runs. Latham and Grandhomme together built a partnership of 46 runs, before the latter was caught on mid-off by substitute James Vince.

Later, Latham departed in 49th over and scored 47 runs. However, New Zealand tailenders added some more runs and the innings ended with a score of 241 runs in 50 overs.
For England, Woakes and Plunkett took three wickets each. (ANI)