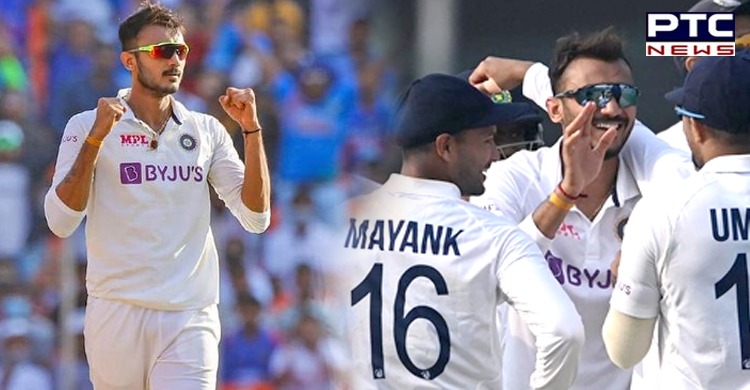 Axar Patel and Ravichandran Ashwin starred with the bowl, as they scalped five and three wickets, respectively. Umesh Yadav and Ravindra Jadeja returned with one apiece.

For visitors, Tom Latham and Will Young top-scored with 95 and 89 runs, respectively. At the Stumps, India's score read 14/1 in 5 overs, with the hosts leading by 63 runs by the end of Day 3. Cheteshwar Pujara (9*) and Mayank Agarwal (4*) are currently unbeaten at the crease. 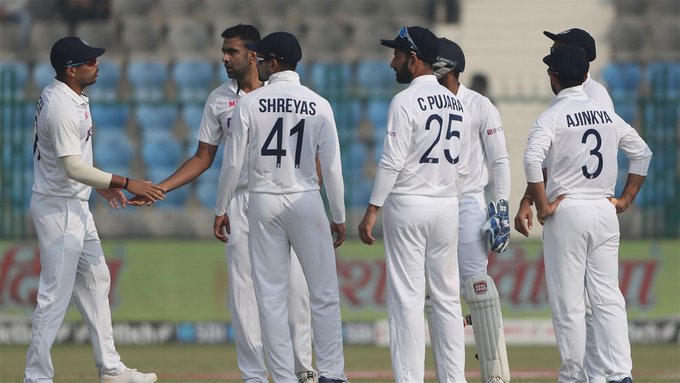 Resuming the third session at 249/6, the Kiwis were startled as Axar Patel dismissed Tom Blundell for just 13 runs in the 124th over and later Tim Southee in the 128th over.

Kyle Jamieson was looking like a last hope for the Kiwis as he was playing a firm innings but was later sent back by Ravichandran Ashwin, after scoring 23 runs. William Somerville was the last batter to depart after getting by Ashwin in the 143rd over. 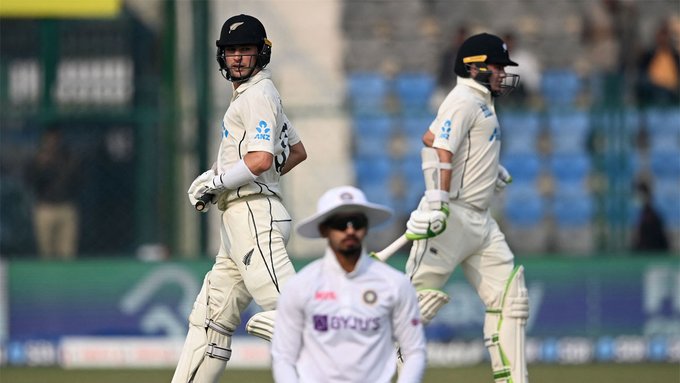 Later coming to bat again, the hosts suffered a heavy shock as opener Shubman Gill was clean bowled by Jamieson in the second over of the innings. Cheteshwar Pujara along with Mayank Agarwal stood at the crease and kept the scoreboard moving.

Earlier in the day, Ashwin dismissed Will Young while Umesh Yadav removed New Zealand skipper Kane Williamson minutes before the lunch break as India ended the first session on high.