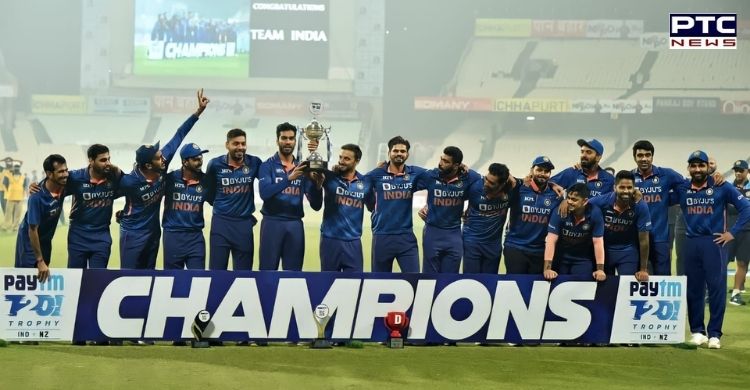 With this win, India won the three-match series 3-0 and now both teams will square off in two-match Test series, beginning Thursday in Kanpur. 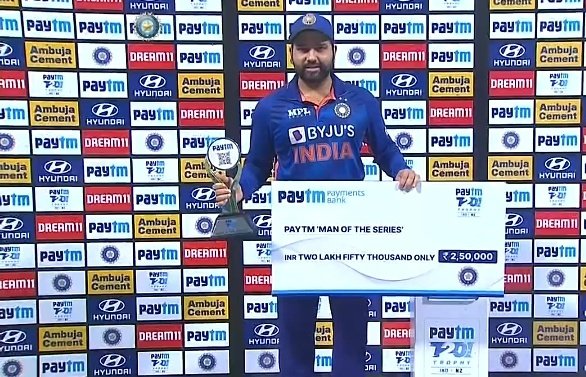 Chasing 185, New Zealand got off to a horrid start as Axar Patel took the first three wickets inside five overs. Daryl Mitchell (5), Mark Chapman (0) and Glenn Phillips (0) all failed to leave a mark with the bat and the visitors were reduced to 30/3.

Guptill brought up his half-century in the 10th over of the innings and the Kiwis needed 117 runs to win from 60 balls. However, Guptill (51) perished off the bowling of Chahal and New Zealand was reduced to 69/4 in the 11th over. Kiwis kept on losing wickets at regular intervals, and in the end, the visitors stumbled to a 73-run loss. 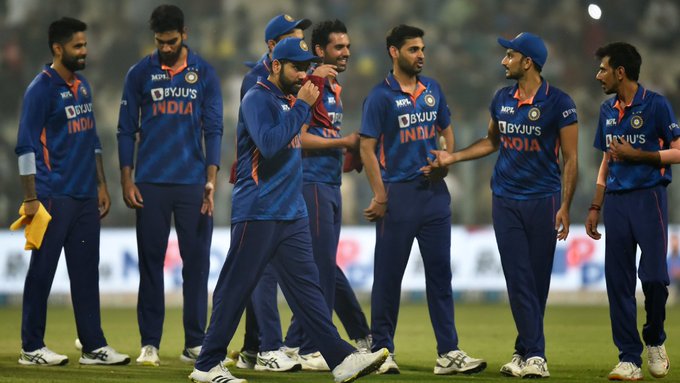 However, Rohit kept on going all guns blazing and he brought up his half-century in the 11th over of the innings. Rohit (56) was dismissed by Ish Sodhi, owing to a remarkable caught and bowled.

Shreyas Iyer and Venkatesh Iyer then got together at the crease and the duo did not let the momentum drop for the hosts. The duo put on 36 runs for the fifth wicket, however, this stand was broken by Trent Boult as he dismissed Venkatesh (20).