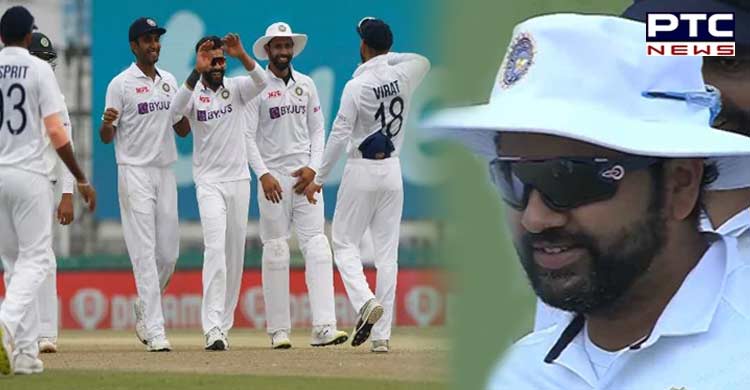 Ind vs SL 1st Test 2022: Hosts beat visitors by an innings and 222 runs as Ravindra Jadeja and Ravichandran Ashwin bagged four wickets in 2nd innings here at the Punjab Cricket Association IS Bindra Stadium, Mohali on Sunday to take an unassailable 1-0 lead in the two-match Test series.

Resuming post Tea session at 120/4 the Indian spinners continued their wicket-taking spree as Ravichandran Ashwin dismissed Charith Asalanka in the third ball post-tea caught by Virat Kohli making him his 435th Test victim and going past Kapil Dev to become India's second most successful Test bowler behind Anil Kumble who has 619 Test scalps to his name.

Ravichandran Ashwin is now ninth in the list of all-time highest wicket-taker in Tests. Five balls later Sri Lanka lost Angelo Mathews for 28 to Ravindra Jadeja's leg before wicket and then two balls later Suranga Lakmal hold out by Jayant Yadav in mid-on without troubling the scorers. Jadeja got two wickets in one over to take his innings tally to three wickets and match tally to eight to leave visitors tottering at 121/7. 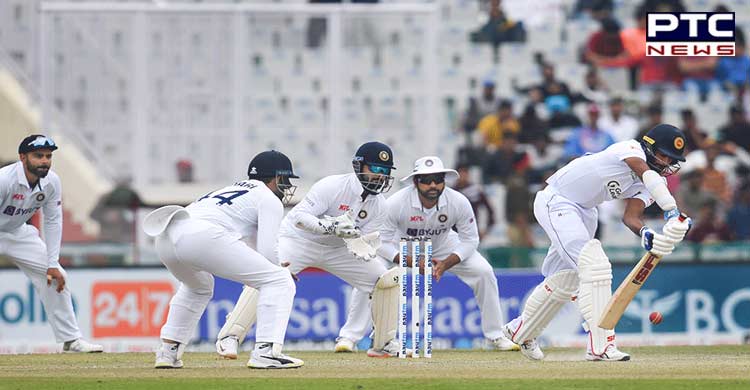 Wicket-keeper batter Niroshan Dickwella and Lasith Embuldeniya tried hard to delay the inevitable striking a small partnership and taking their team's total beyond the 150-run mark. Jadeja once again broke the partnership picking up his fourth wicket of the innings dismissing Embuldeniya for 2.

Dickwella was losing partners at the other end so he started playing shots but Mohammed Shami dismissed Vishwa Fernando for a duck to leave the Islanders at 170/9. 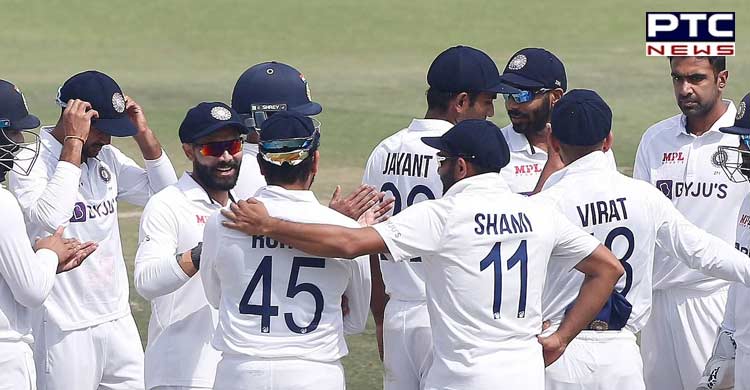 Dickwella went on to score his half-century and was the only Lankan batter to do so in 2nd innings. Ashwin finally dismissed no.11 batter Lahiru Kumara for 4 caught by Shami as he took his fourth scalp and Sri Lanka was bowled out for 178 in 2nd innings to succumb to a defeat by an innings and 222 runs.

Earlier, resuming Day 3 at 138/4 in the first innings, overnight batters Pathum Nissanka and Charith Asalanka added 53 runs more to the total, and this saw Nissanka going past his half-century. India finally got the breakthrough in the 58th over as Jasprit Bumrah got the better of Asalanka (29).

Niroshan Dickwella (2) failed to impress with the bat and he managed to score just 2 before being sent to the pavilion by Ravindra Jadeja. In the same over, Jadeja removed Suranga Lakmal (0) and Sri Lanka was reduced to 164/7.

In the end, Sri Lanka was bundled out for 174, handing India a lead of 400 runs and the hosts enforced the follow-on.

After being asked to follow on, Sri Lanka once again got off to bad start as the side lost opening batter Lahiru Thirimanne (0) in the third over of the innings. Dimuth Karunaratne and Pathum Nissanka then ensured that the visitors do not lose any more wickets.

Resuming the post-lunch session at 10/1 during Ind vs SL 1st Test 2022, Sri Lanka got off to a poor start losing Pathum Nissanka for six caught behind by wicket-keeper Rishabh Pant of Ravichandran Ashwin's bowling who bagged his 434th Test scalp equalling Kapil Dev's record and becoming India's second most successful Test bowler. 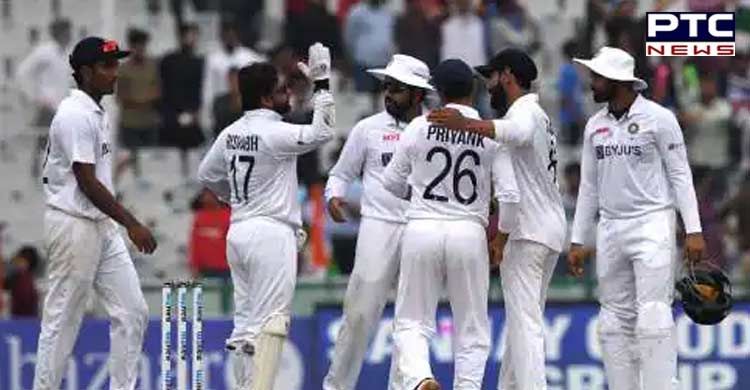 Jayant Yadav managed to get the outside edge of Angelo Mathews on when he was batting on 1 but Virat Kohli dropped the catch in the slip.

Mohammed Shami was introduced into the attack and he dismissed Sri Lankan captain Dimuth Karunaratne for 27 caught behind by keeper Pant who took his second catch of the innings to leave visitors tottering at 45/3.

Dhananjaya de Silva and Angelo Mathews then struck a much-needed partnership but the 49-run stand was broken by Ravindra Jadeja who took his first wicket in 2nd innings and his sixth wicket in the match as Sri Lanka lost their fourth wicket for 94.

Charith Asalanka came in to bat after de Silva's dismissal and he played aggressively to score 20 runs in just 7 balls hitting two fours and two sixes as Sri Lanka went to Tea with 120 runs on board for the loss of 4 wickets trailing India by 280 runs.