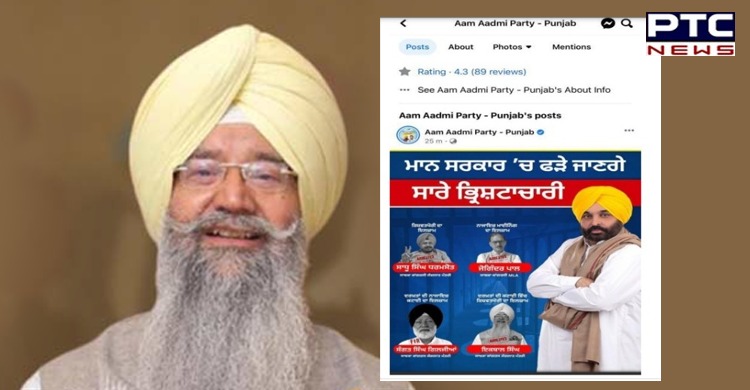 Iqbal Singh Lalpura has claimed that an attempt is being made to tarnish his image. "Rumors are being spread against me on social media," he said. "I have been described in the post as corrupt former minister," he added.

Iqbal Singh Lalpura demanded the removal of fake statement and his photos from social media platforms.

Iqbal Singh Lalpura is a former IPS officer, during his tenure as IPS officer, served as SSP Amritsar, SSP Tarantaran, and Additional Inspector General CID Amritsar. He in his public life since 1972 has had an unblemished, meritorious and distinguished police service record.

Iqbal Singh is a distinguished world class writer who has to his credit of having written 15 books on Sikh philosophy and history, such as Japji Sahib Ek Vichaar, Gurbaani Ek Vichaar', and 'Raj Karega Khalsa' etc.

Meanwhile, defamation notice claims that Iqbal Singh is a respectable citizen of this country and is enjoying a very good reputation, command, and great respect amongst family, friends, colleagues, and the public as well as a national and international image.