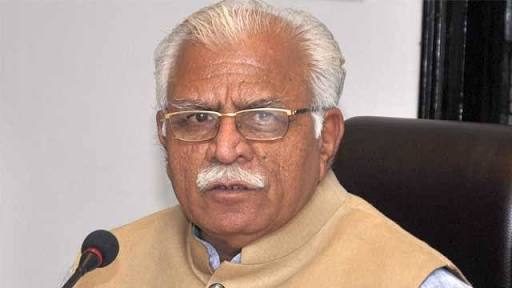 KHATTAR GOVERNMENT: HERO or ZERO?
Everyone is baying for the end of Khattar as CM Haryana. He let thousands congregate at Panchkula. 38 died. He was giving VIP treatment to the Baba. So on and so forth. However, nobody has imagined another scenario. Consider this: Khattar government would have been hard and sealed everything and announced that it will uphold law and order and not allow anyone inside Panchkula etc.... Baba would have stayed put inside Dera Sirsa to avoid arrest. Police and army would have had to enter the Dera to arrest him. At Least three to four lakh Dera Premis would have fiercely defended Dera and Baba. The resultant loss of life would have been not 38 but may be 3800. Also, the Dera plotters would have had time to be alert and plot wide scale violence. Panchkula was just a glimpse of what would have happened all across three or four states.
It may safely be assumed that Khattar government was constantly being advised by the Central agencies and the Central government on the possible outcome of verdict and resultant aftermath. The government officials and top politicians would have established contact with the Dera Chief and assured him (rather convinced him) that the verdict will be in his favour and he need not fear anything that High Court is saying. The High Court orders on security and safety rather came as a boost in arm for the planning to control the ensuing Panchkula violence which was absolutely likely to happen. Dera chief would have been convinced to reach the court and hear the verdict absolving him. He was told to return in a huge procession of victory where the police was going to escort him to Sirsa from Panchkula. Flower petals will be showered all the way. Bring as many cars and followers as you want, he would have been told. No wonder more than 500 cars and thousands of supporters were arranged... all important aides lured away from Sirsa.
Little did Baba know that the largesse and confidence being shown by the Khattar government was a mere ploy to get Baba to the court - a court which was intelligently miles away from the Dera Headquarter, Sirsa. There was 100% guarantee that the verdict will be in Baba's favour.
The PMO was keeping a close tab. So was Home Ministry in Delhi. The judge gave ample time to announce the verdict for the government to prepare its machinery for the real verdict. Poor Baba. The conman got conned. No wonder then that the Dera cried foul. It accused: BJP has backstabbed and broken its promise.
Baba reached court. Cavalcade followed. Followers were squatting. Verdict announced. Baba whisked away in helicopter to Rohtak. Close aides charged and arrested. 38 rioters (poor guys, they didn't know their sacrifice will be on use). Quantum of sentence announced in the quickly designated court inside jail. Fate Sealed.
The scale of planning indicates that it was the Centre calling the shots and not the state government alone. It sure suited BJP. Baba had become too big for his boots and was perhaps blackmailing the governments for favours by flaunting his blind bank of voters. Enter RSS at village level and win over the headless followers!!!
And we still call BJP and Khattar zero?

The writer is Director & President,
PTC Network and former Editor of The Weekly SUN