Ludhiana CP issues orders not to cover face while driving : Various orders prohibiting several acts have been issued to maintain law and order in the city of Ludhiana. Commissioner of Police (CP), Ludhiana, RN Dhoke issues order not to cover the face to control the crime at the maximum.

Exercising the powers vested under Section 144, Code of Criminal Procedure, 1973, the CP ordered that no person would cover face while driving or walking in the limit of the city police.

He pointed out that the anti social elements or miscreants take advantage to escape by covering their faces while committing the crimes and save themselves from being identified. Then it creates difficulty for the police to trace them. Those having any kind of allergy or illness will be exempted, he added.

He has also issued orders for the shopkeepers to keep a record of buyers of army print clothes and uniforms under Section 144 of the CrPC.

The city police chief mentioned that it had come to the notice that shopkeepers  were not maintain any such record of the sale of army print clothes and uniforms. He said that criminals could disturb law and order situation or commit a crime in the city by wearing army, paramilitary uniforms.

CP also ordered the shopkeepers to keep a record of a photograph, identification proof and mobile numbers of the buyers. And after this order , the shopkeepers would have to furnish the record of sale to concerned police stations.He said that these orders had been implemented for the next two months.

The city police chief has also banned unauthorized use of sticker or logo related to ‘police’, ‘Army’, ‘VIP’, ‘On Government Duty’ and Any Department’s name on the private vehicles. CP also banned the shopkeepers to encroach area outside of their shops and road and footpath to sell the eatables and other products. 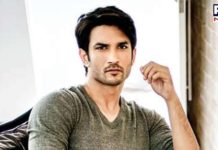 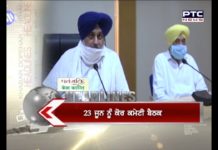