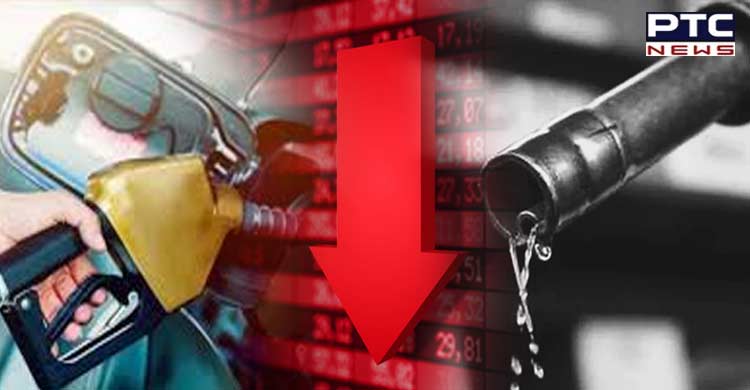 Mumbai (Maharashtra), July 14: The CM Eknath Shinde-led Maharashtra government on Thursday announced a reduction in fuel prices. The prices of petrol and diesel have been slashed by Rs.5 per litre and Rs.3 per litre, respectively.

CM Shinde made the announcement after a Cabinet meeting which saw participation by Deputy CM Devendra Fadnavis along with several officials as attendees. Earlier, the newly sworn-in chief minister had said that the government plans to reduce VAT soon.

"A decision to reduce VAT on fuel will be taken soon to provide relief to the people of the state," Shinde said on Twitter on July 4.

Along with reducing the fuel prices the cabinet also decided to implement "Swachh Maharashtra Abhiyan (Citizen) 2.0 Abhiyan" in the state.

"Centrally sponsored Amrit Abhiyan 2.0 (Atal Mission for Rejuvenation and Urban Transformation to be implemented in the state", Maharashtra DGIPR said on Twitter.

"Great relief to Maharashtrian and Marathi Manus! Happy to announce that the new Government under CM Eknathrao Shinde has decided to reduce Petrol and Diesel prices by Rs5/litre & Rs3/litre respectively," Fadnavis said.

Highlighting that the decision will benefit the general masses, the deputy CM said, "This is our step towards the appeal made by Hon PM for the benefits to common citizens. The state will carry a burden of Rs. 6000 crore for this decision."

Earlier Kerala, Rajasthan, Odisha, and Uttar Pradesh had slashed the value-added tax on petrol and diesel for the benefit of the common man and now Maharashtra's been added to the list.

The move comes around two months after the Centre decided to cut excise duty on petrol by Rs 8 per litre and on diesel by Rs 6 per litre.