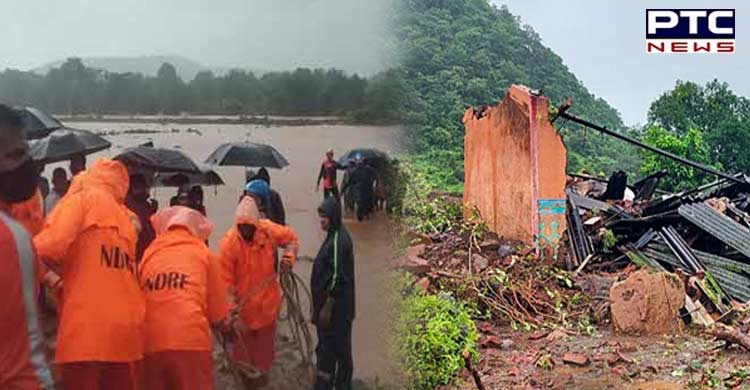 The landslide severely damaged a house, however, no casualties have been reported so far.

"A landslide incident was reported in Ghatkopar, Panchsheel Nagar in Mumbai amidst the heavy rains. Fire vehicles reaching on the spot. No casualties reported so far," Mumbai Fire Brigade informed.

Mumbai is witnessing heavy rain since last night after which areas are waterlogged and traffic movement has been affected. The capital city, in the last 12 hours, has recorded 95.81 mm of rain.

"In view of the incessant rains in Mumbai and waterlogging due to it, a total of 8 route diversions have been done at Sion Road no. 24 and Shell Colony, Chembur in Mumbai," BEST PRO said.

Meanwhile, the India Meteorological Department (IMD) has forecast moderate to heavy rain in the city and its suburbs during the next 24 hours, with isolated heavy showers possible.

Apart from that, the Chief Minister urged district collectors and the Water Resources Department to remain vigilant and take appropriate precautions because the water levels in the Jagbudi and Kajli rivers are at the warning level.