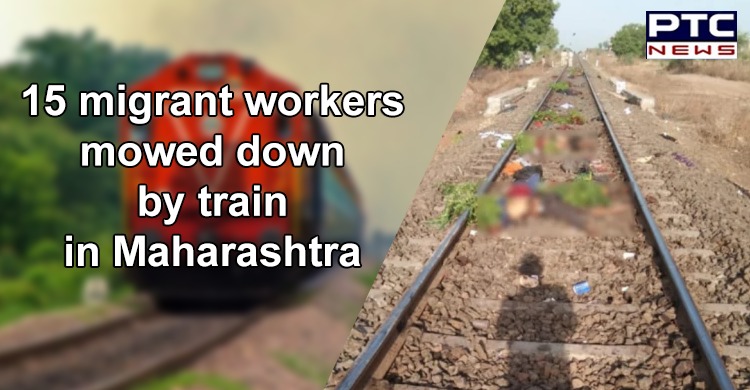 In a tragic incident, as many as 15 migrant workers, who were sleeping on the railway tracks while going back to their villages were run over by a goods train between Jalna in Maharashtra and Aurangabad, the officials said on Friday.

A senior railway official said that 15 migrant labourers were run over by a goods train between Jalna and Aurangabad of Nanded Divison of South Central Railway. The incident took place at around 5.30 am on Friday when the migrant workers, who were on way back to their native places and sleeping on the railway tracks.

The labourers, who were walking to Bhusawal from Jalna, were returning to Madhya Pradesh, an official at Karmad police station said. Reportedly, they had been walking along the railway track and slept on the tracks at night due to exhaustion.

Responding to the incident, the Union Home Minister Amit Shah said that "Pained beyond words at the loss of lives due to a rail accident in Maharashtra. I have spoken to the Railway Minister Piyush Goyal, concerned authorities in central government and railway admin to ensure all the possible assistance. My condolences with the bereaved families."

Amid the coronavirus outbreak that resulted in nationwide lockdown, thousands of migrant workers have been stranded in several other cities. They have started their journey to return to their native places on foot as the interstate bus service, passenger, mail and express train services have been suspended since March 24.