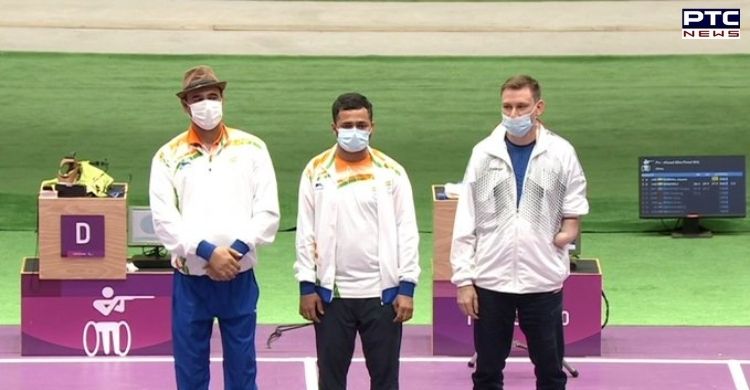 The 19-year-old Manish created the Paralympic record as he amassed 218.2 points to clinch the yellow metal while Singhraj grabbed his second medal of the Tokyo Paralympics with 216.7 points. 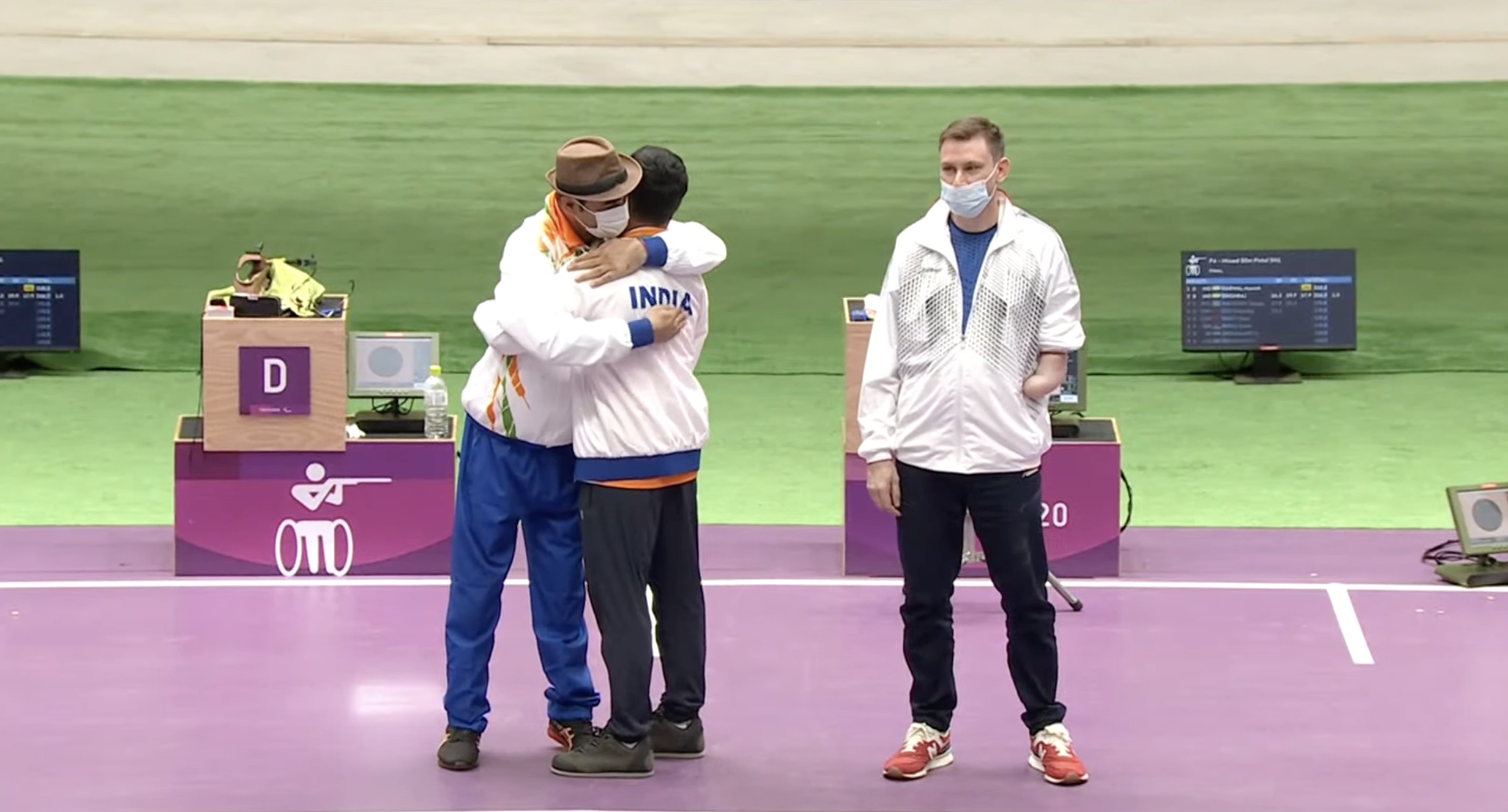 The Russian Paralympic Committee's (RPC) Sergey Malyshev won the bronze medal. Singhraj Adhana started better of the two Indians in the final as he was placed in the lead at the table after the first 10 shots while amassing 92.1 points. 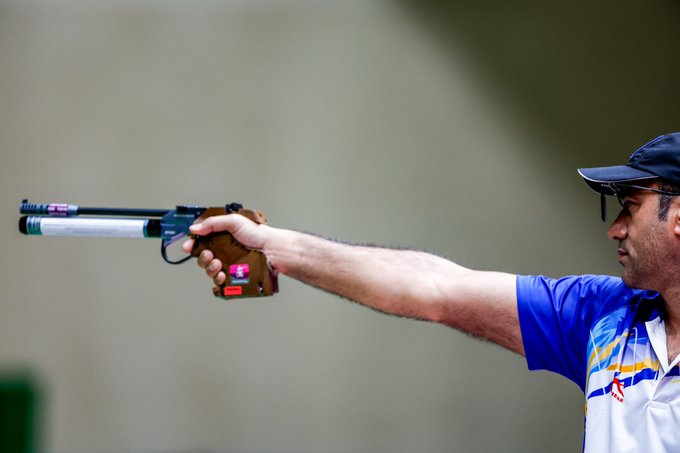 Manish who finished seventh in the qualification, had a very jittery start to the final as he gathered 87.2 in the 1st competition stage.

Singhraj and Manish then stepped up when it mattered the most as both shooters held their nerves against the early charge of the Chinese pair in the elimination stage.

Manish then dramatically dropped to the 4th position after the 18th shot. But in his 19th and 20th shot, the 19-year-old Indian aimed a sensational 10.8 and 10.5 to grab the first place from Singhraj. 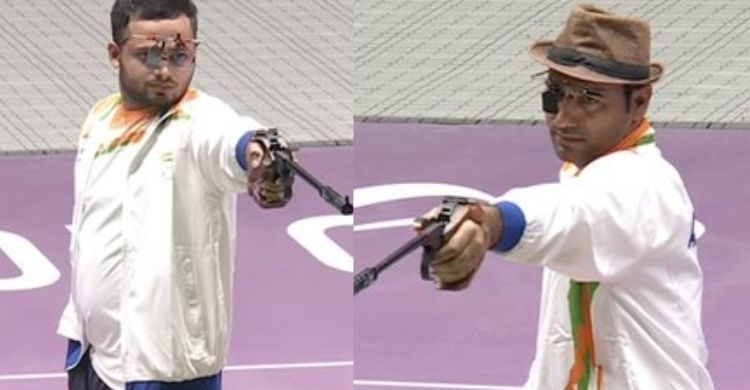 With a fight against the compatriot for a first-place finish, Manish finished with an 8.4 and 9.1 meanwhile Singhraj aimed 8.5 and 9.4 in his last two shots.

Earlier in the qualification, Manish amassed 533-7x points while Singhraj scored 536-4x points after the end of six series. The Indian duo reached the finals of the Tokyo Paralympics 2020 after a good show in the qualification event. Singhraj finished at the fourth position while Manish occupied the seventh spot.