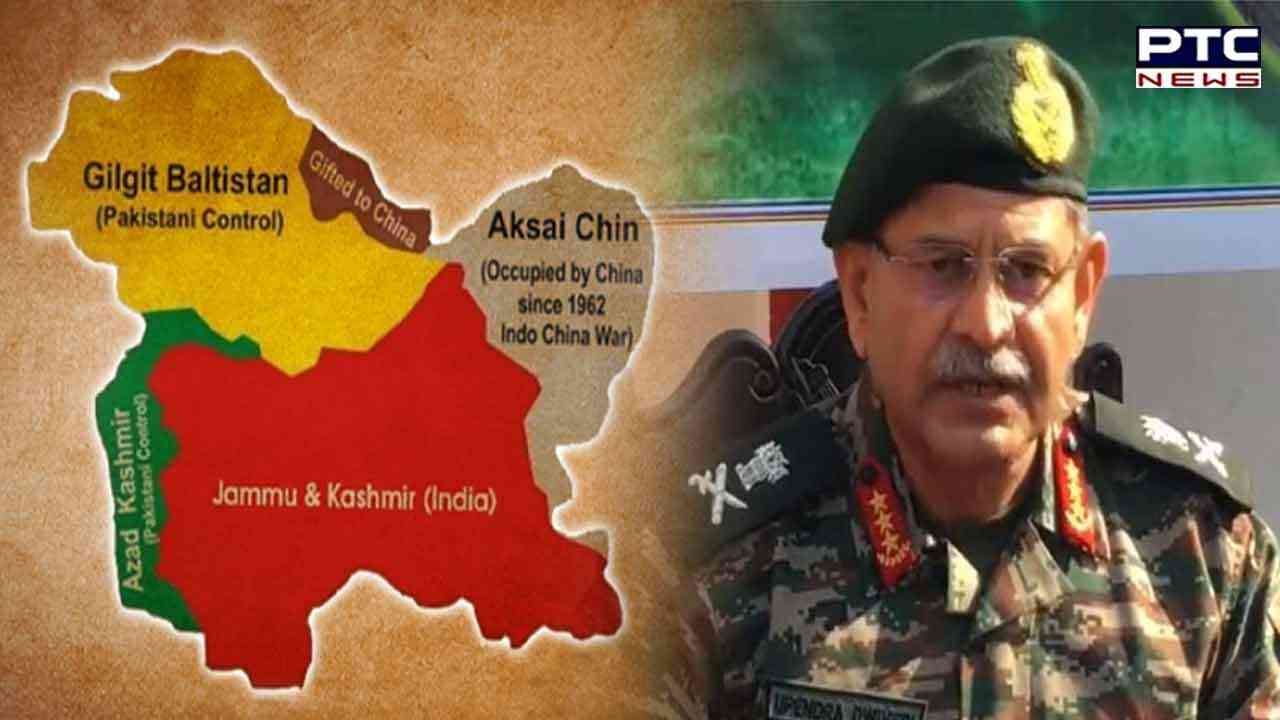 Poonch (Jammu and Kashmir), November 22: Northern Army Commander Lt General Upendra Dwivedi stated on Tuesday that the Indian Army is ready to carry out orders such as taking back Pakistan-occupied Kashmir.

"As far as the Indian Army is concerned, it will carry out any order given by the Government of India. Whenever such orders are given, we will always be ready for it," stated Lt Gen Upendra Dwivedi, Northern Army Commander, on the Defence Minister's statement of taking back PoK.

"The military is always ready to make sure that ceasefire understanding is never broken as it is in the interest of both nations, but if broken at any time, we will give them a befitting reply," Dwivedi, Northern Army Commander on the ceasefire agreement between India and Pakistan, added.

"The country has over 50 per cent of people below the age of 25. If we take them in as Agniveers, teach them and send them back, we will absorb some, others by paramilitary, and police forces and the remaining can be self-employed," he said.

Earlier on October 28, Defence Minister Rajnath Singh reaffirmed New Delhi's determination to take back Pakistan-occupied Kashmir (PoK), saying all refugees would be returned to their homes and lands.