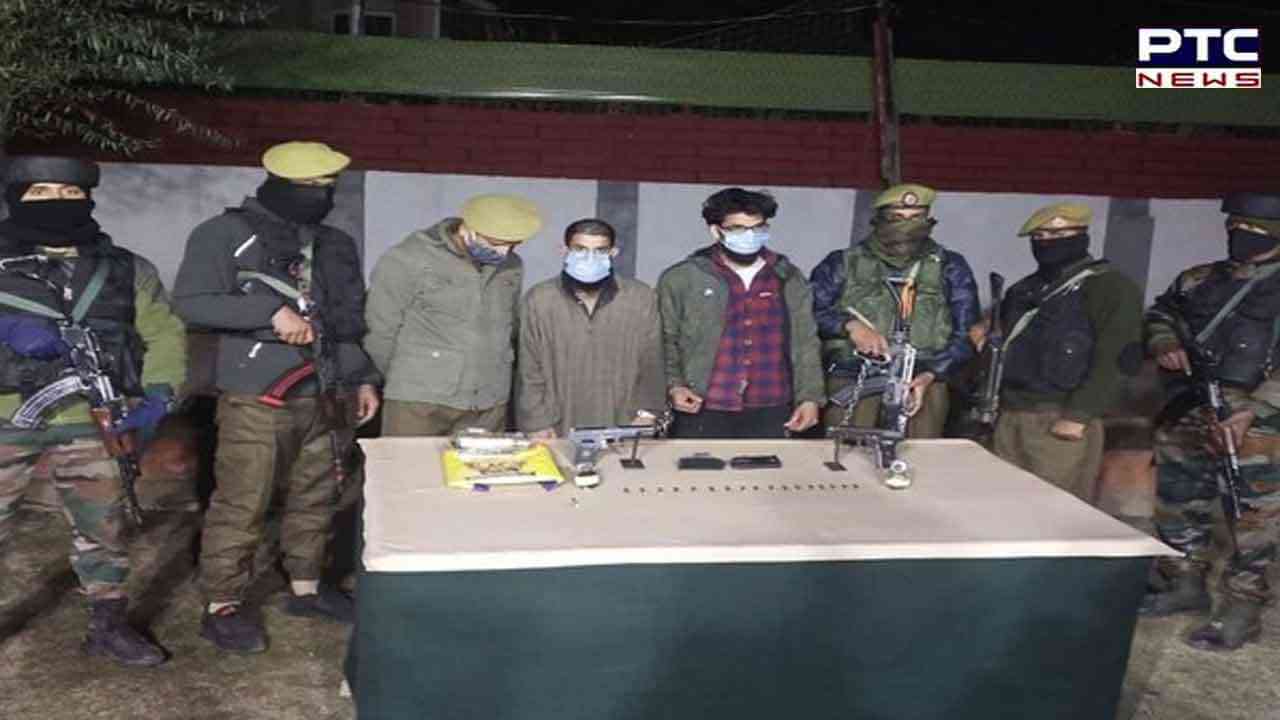 The arrested LeT terrorists have been identitified as Rizwan Mushtaq Wani and Jameel Ahmed Parra.

In a CASO launched by Sopore police and 22 RR, arms and ammunition were also recovered from the possession of the terrorists. The recovered ammunition included one pistol, one pistol magazine, some pistol rounds, and an improvised explosive device (IED).

"During CASO, suspicious movement of a person coming from bus stand Sopore towards Shah Faisal Market having a bag in his hand was noted and was subsequently asked to stop, but he tried to flee from the spot. However was apprehended tactfully by the security forces," the police said in statement.

The police further said that preliminary investigation has revealed that the arrested person Rizwan Mushtaq is a "hybrid terrorist of the proscribed organisation LeT" and was looking for an opportunity to attack non-locals, minorities, security personnel and peaceful citizens.

A case in this matter has been booked at the Sopore police station under relevant sections of the law.

The police said that another terrorist-- Jameel Ahmed Parra-- was apprehended after Rizwan Mushtaq revealed the name of his  accomplice.

Parra was arrested by the Baramulla Police during late night hours.

"This led to the arrest of the above said second hybrid terrorist alongwith Baramulla police during late hours and further war like stores/ recoveries like pistol and grenades were effected," the statement said.