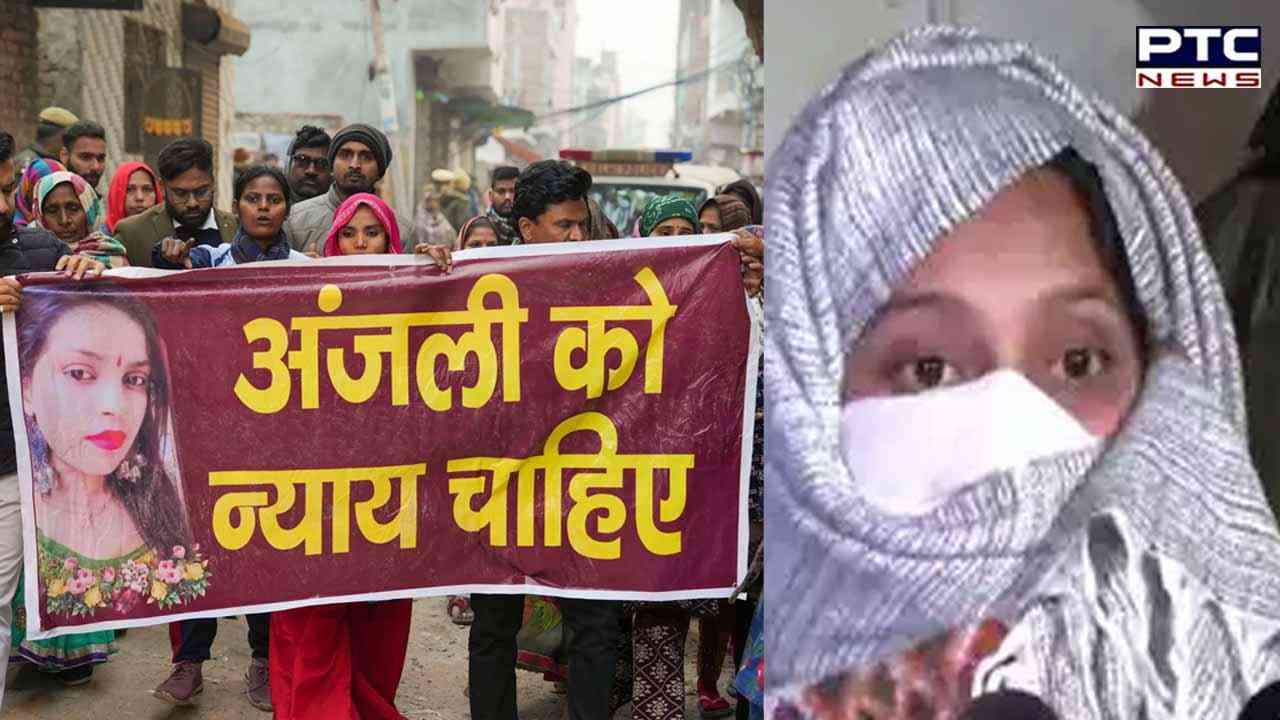 New Delhi, January 7: Nidhi, who was riding pillion with Anjali Singh, the 20-year-old who died after her scooty was hit by a car that dragged her for several kilometres in the national capital on New Year's Day, had previously been arrested in a drug smuggling case, according to Delhi Police.

According to a FIR filed in December 2020, Nidhi was arrested in Agra in a Narcotic Drugs and Psychotropic Substances Act, (1985) case and is currently out on bail.

Nidhi was ntercepted and arrested on December 6, 2020 at the Agra railway station for bringing ganja (drugs) by train from Telangana. She was then placed under arrest. Along with Nidhi, two boys named Sameer and Ravi were arrested.

Meanwhile, in the Kanjhawala case, Delhi Police said on Friday that Nidhi has been asked to participate in the investigation but has not been arrested.

"There are media reports that Nidhi (eyewitness) has been arrested by police. It is clarified that she has been called by Police to join the investigation," Delhi Police clarified.

"She was in a drunken state but insisted on driving the two-wheeler. After being hit by the car, she came under the car and got dragged with it. I was scared and ran away and returned home, didn't tell anything to anyone. It is the fault of the girl who was driving in an inebriated state. I insisted that she shouldn't drive. I told her 'I am conscious, let me drive'. She didn't trust me and trusted herself instead," Nidhi claimed.