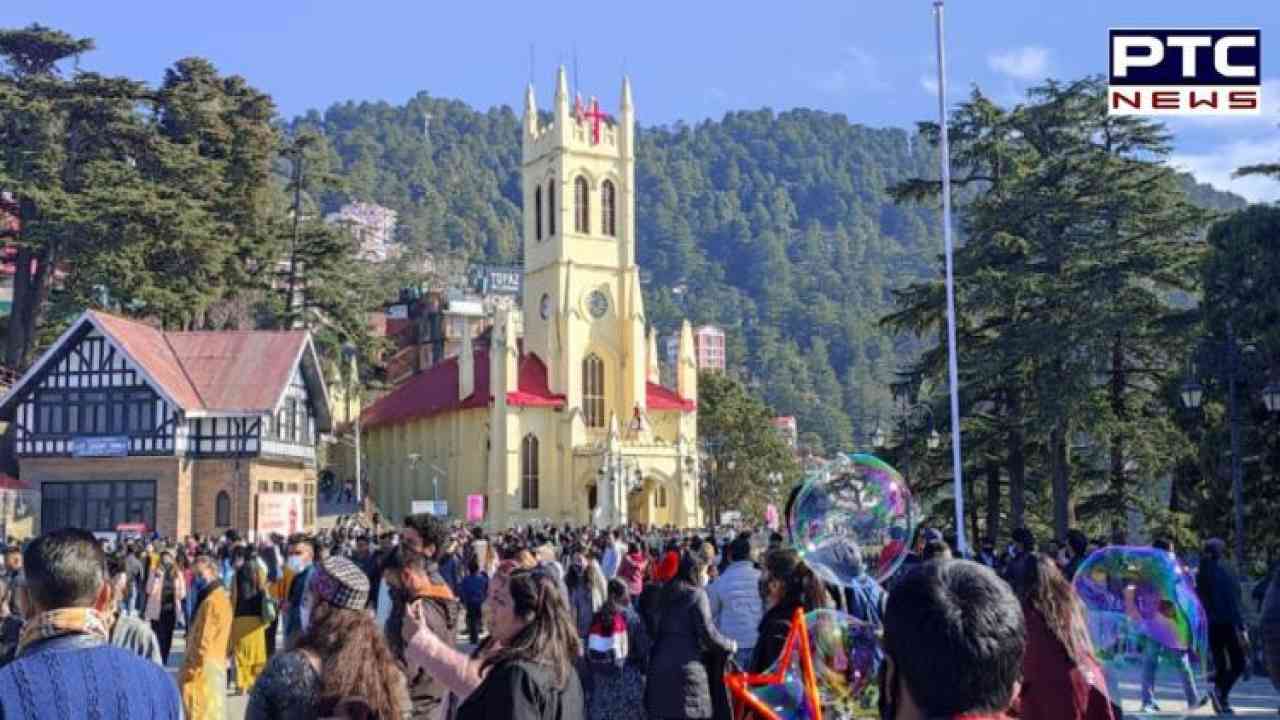 Shimla (Himachal Pradesh), December 25: There will be no snowfall during Christmas in the tourist destinations of Himachal Pradesh, the Indian Meteorological Department has predicted. This comes as a huge disappointment for the visitors who arrived in the capital city to witness the picturesque view of the snowfall.

The state weather centre in Shimla has forecast snowfall in the higher reaches of the state's Kullu, Chamba, Lahaul-Spiti, and Kinnaur districts following a fresh western disturbance (WD) on December 26.

"During the past 24 hours, there were cold wave conditions in the districts of Una, Bilaspur and Hamirpur. There is a fresh Western disturbance on December 26, and there will be rain and snowfall in higher reaches of the state. On 28th and 29th, another western disturbance is approaching and it will impact the districts of Chamba, Kinnaur and Lahaul-Spiti districts of the state. There is no scope for snowfall during Christmas in tourist destinations of the state. The night temperatures have dropped and in days to come it may increase," Bui Lal, Sr Scientist IMD HP stated.

The tourists are buying winter clothes and are also disappointed as they will not have a white Christmas as the IMD has not forecasted any snow in the main tourist destinations of the state.