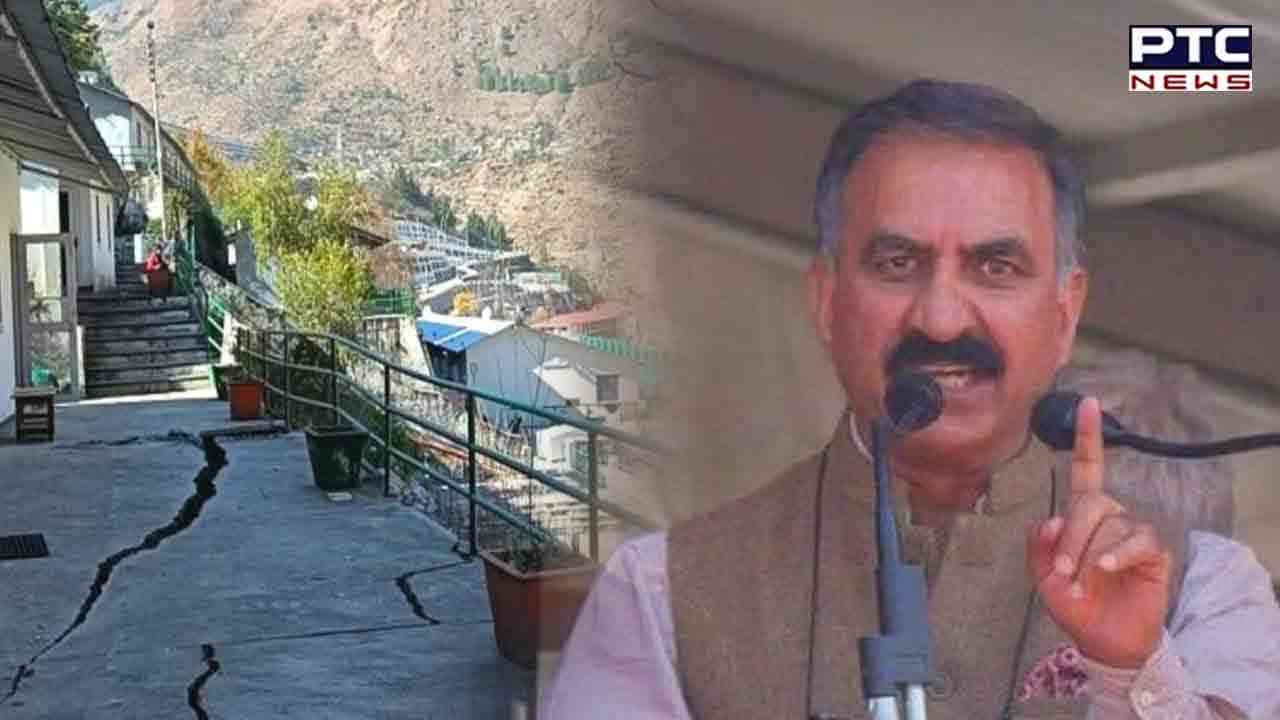 On Monday, Chief Minister Sukhwinder Singh Sukhu met at the secretariat with disaster management officers and DCs of all the districts to discuss the possibility of such incidents in Himachal Pradesh.

After the meeting, the Chief Minister told reporters that there is no chance of a Joshimath-like incident in Himachal Pradesh, but officials have been directed to take precautions.

"Information has been taken from the DC regarding the sinking and sliding areas of the state, but at present, there is no visible disaster like the Joshimath incident in Himachal," he further said.

He also stated that the Congress Party is preparing to welcome Rahul Gandhi in Himachal Pradesh, where he will walk nearly 23 kilometres as part of his Bharat Jodo Yatra.

"Rahul Gandhi's Bharat Jodo Yatra will enter Himachal Pradesh, where he will walk around 23 kilometres on foot. Many state Congress leaders will also participate. He said all security-related and other arrangements have been completed regarding the yatra."

Concerning the closure of the cement plants, CM Sukhu stated that the duty of the Industry Minister has been imposed to resolve the cement factory dispute.

"The Industry Minister will hold talks with the truck operator and the company and the government will try to resolve the matter soon so that the truck operators and locals do not face problems as two cement plants remained shut in the state for almost a month now," he stated.

He stated that the Congress government will soon fulfil all of the party's promises. "We have restored the OPS and soon its notification will also be issued," he added.