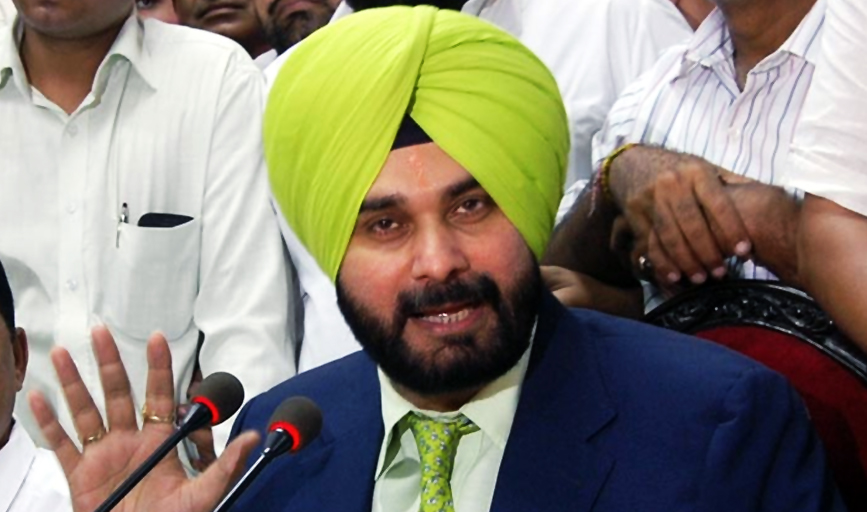 Chandigarh: The Tourism and Cultural Affairs Minister, Punjab, Mr. Navjot Singh Sidhu on Sunday presided over a brain storming meeting with the prominent personalities of art, literary and cultural sectors at Punjab Bhawan so as to connect youth with rich heritage of Punjab, preserving Punjabi culture and giving boost to the tourism sector in the state.

The Minister after carefully listening to the viewpoints and suggestions forwarded by all eminent personalities assured that these would be incorporated in a strong cultural policy to be formulated soon. He also exhorted all to be the standard bearers in raising a robust cultural movement in the state.

At the outset, the Minister said that it is an honourable occasion for the department that the celebrated personalities of art, literary, cultural, television, film, theatre and academic fields have come together on a common platform. He further said that the Chief Minister Captain Amarinder Singh has entrusted him the responsibility of the department and it is an article of faith with him to serve mother tongue ‘Punjabi’, its literature, culture and fine arts and consequently raise a dynamic cultural movement. Giving a careful and patient hearing to the suggestions put forward by the celebrities, the Minister while agreeing with suggestions said that strong steps would be initiated through this cultural movement to put an end to the menace of vulgarity. He also said that forming a ‘Gunda Act’ to curb piracy would also be his main agenda.

Mr. Sidhu asked the celebrities to send any other suggestion also in writing on his e-mail address. Divulging more, he said that all the suggestions/views received would be compiled and another meeting would be held in 15 days where each and every suggestion would be minutely and openly debated. In the aftermath, a meeting would be held to be presided over by the Chief Minister Captain Amarinder Singh to finalise the cultural policy.

Showcasing Punjab as an ideal spot for shooting of Hindi films, Mr. Sidhu said that keeping in view this aspect as well as to give boost to film tourism, a film city would be constructed in the state. Underlining the importance of culture and tourism sectors, he said that rich and glorious cultural heritage can go a long way in popularizing tourism sphere. Disclosing more, he elaborated that Sri Durbar Sahib, Amritsar witnesses 1 lakh devotees on daily basis, so a circuit would be constructed to bolster religious tourism where all the religious places would be connected and top class arrangements would be made for the devotees. He also said that Punjab has scores of historical forts, memorials which would be made tourist destinations by forming their circuits.