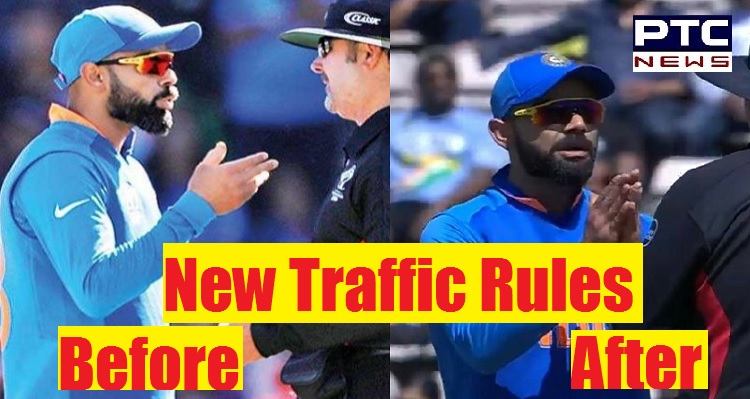 True to form, the inevitability of traffic challans under the amended Motor Vehicles Act has brought out the humorous side of millions of Indians. Sheepish at their proclivity for breaking traffic rules, people have made a joke out of the prospect of punishment. Two days after the Motor Vehicle Act was implemented, a two-wheeler driver was challaned Rs 23,000. But jokes doing the rounds in friendly gatherings and social media have taken the edge off.

Drunken driving can now land you behind bars for up to six months and/or fine of Rs 10,000 for the first offense. Second-time offenders may go to jail for two years and shell out Rs 15,000 fine.

Rash and dangerous drivers also face the prospect of jail term for six months to one year with a fine of anything between Rs 1,000 to Rs 5,000 in case of the first offense. A repeat performance would land you in jail for up to 2 years and leave you poorer by Rs 10,000.

Thrill-seekers speeding or racing on the road better apply breaks. If you get caught for the first time, you get a month in jail and a fine of Rs 500. Do that again and you go to jail for a month besides paying up to Rs 10,000. It’s not racing.

Speeding will also set you back by Rs 1,000 to Rs 2,000 if you own a light vehicle. In case of a medium passenger or goods vehicle, the challan will be Rs 2,000 to Rs 4,000. If you still do not mend your ways, your driving license may be impounded. Speaking of license, driving without a license will cost you Rs 5,000.

Those driving without insurance will put you behind bars for three months for the first offense. The fine is Rs 2,000. For second/subsequent offenses, penalty is jail for up to three months and Rs 4,000 fine. If you are disqualified from driving and are still found doing so, you will be charged Rs 10,000. So buckle up the seat belt, wear the helmet, sober up and stay safe.