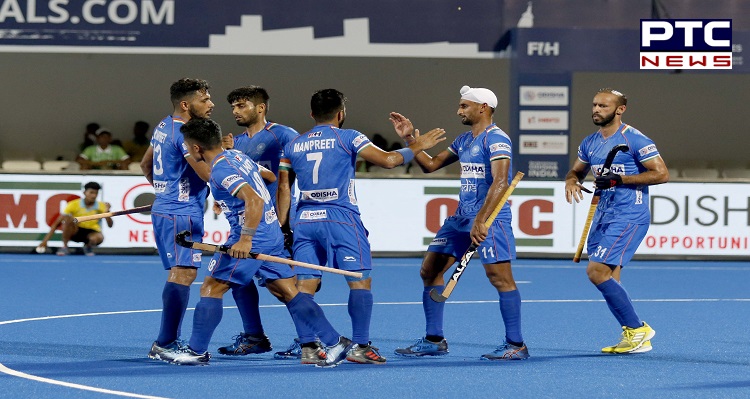 India has set summit clash with New Zealand in the men's section of the Olympic Hockey Test Event in Tokyo on Tuesday. India defeated the Asian Games champion and the host Japan 6-3 in its third and last pool game for the second win to earn the right to challenge the pool leader New Zealand for the gold medal match tomorrow. It was star striker Mandeep Singh who achieved a hat-trick of goals in the second quarter to give India a big win.

Since India had been recording comfortable wins against Japan, it was no different today. After Nilakanta Sharma gave India the lead in the 3rd minute, Nilam Xess consolidated the lead with a neat conversion of a penalty corner in the 8th minute. Before the first quarter ended, experienced Mandeep Singh made it 3-0 with a fine opportunist goal. 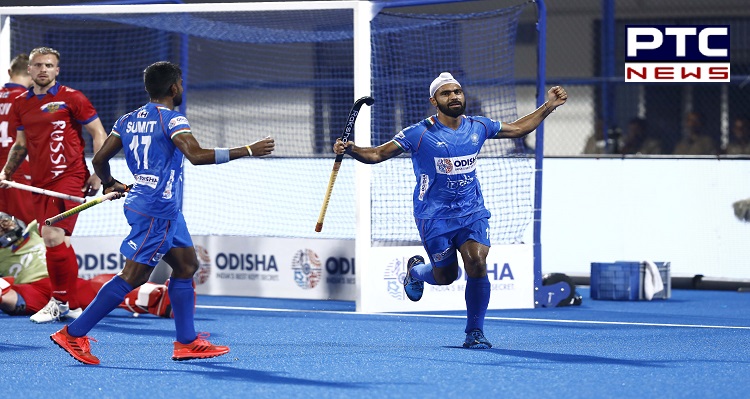 Japan playing before the home crowd had the consolation of reducing the margin in the 26th minute through a gem of goal by Fukuda Kentaro. The goal rattled the Indian defense. And two minutes later Mandeep Singh retaliated with a well-worked out field goal to make it 4-1 and a minute later completed his three-in-a-row feat with yet another superb field goal. The scoreline was reading an impressive 5-1 lead for India at the half time.

Japanese continued their fight and managed to get their third goal in the 52nd minute through Kazuma Monata. It was perhaps an alert for the slowing down Indian defense line. Last time Japan scored three goals against India was in Sulan Azlan Shah Hockey in 2017 where India won narrowly at 4-3. Once before in 2007 also Japan had gone down fighting to India at 3-4 in the Men's Champions Challenge. India won 6-3

World number 8 New Zealand came out clean in the round-robin league of men's section of the Olympic Test event by recording three wins in as many matches. In its last pool game, the Black Sticks defeated Malaysia 3-1, to head the pool and earned the right to play the second-placed team for the gold medal. Teams placed at number three and four will play for the bronze medal. Malaysia ended its pool engagements without a point losing all its three games to finish last and fourth.

Also Read: ICC Rules: That's how people crticizing the rule used after Super Over in England vs New Zealand match

When the Asian Games silver medalist took the field, it looked as if it would go all out for a win against the Kiwis. It started well. After a goalless first quarter, Malaysians took the command of the game with a penalty corner goal in the 18th minute. The goal scorer was Jazlan Najmi. However, before the teams broke for the half time break, the Kiwis restored parity through Jared Panchia in the 28th minute. It was a brilliant field goal.

After the change of ends, New Zealand consolidated its position with a penalty corner conversion by Nic Woods in the 39th minute. Though Malaysia tried hard but could not get past tight and packed Kiwi defense. Three minutes before the final whistle, New Zealand made it safe with a brilliant field goal through Sam Lane. New Zealand had beaten Japan and India in earlier games to remain unbeaten in the tournament.