Patiala: ASI suffers leg injury after being run over by car

The accused car driver fled from the spot 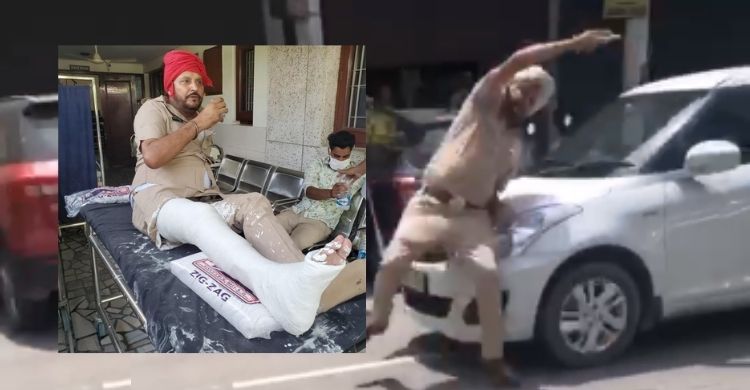 In a shocking incident, a car driver tried to run over Patiala ASI Suba Singh when the latter was carrying out a random check ahead of Independence Day 2021 in Punjab's Patiala.

The video of the incident has gone viral on social media. The incident took place near Leela Bhawan in Patiala when ASI Suba Singh tried to stop a car having Haryana's number plate on it. 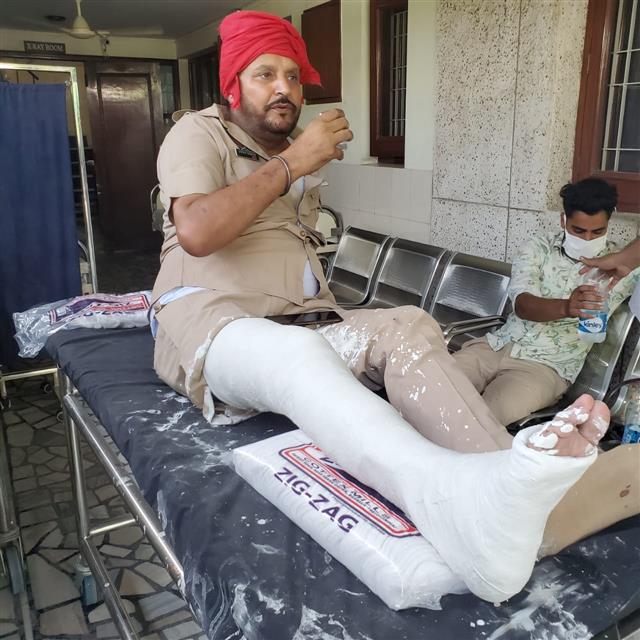 There have been heavy security arrangements across the state ahead of Independence Day 2021. Likewise, the police tried to stop the driver, however, he deliberately tried to run over the Patiala ASI Suba Singh. 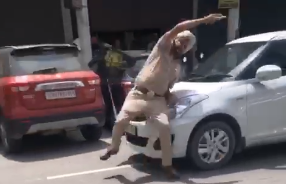 During this, a leg of the cop was broken while he sustained serious injuries on other body parts as well. The incident took place at around 1 am on Saturday, after which the injured police personnel was taken to the nearest private hospital.

After the incident, the accused car driver fled from the spot. Meanwhile, Hemant Sharma, DSP City, said that the car driver dragged the police personnel along with the car to evade checking. 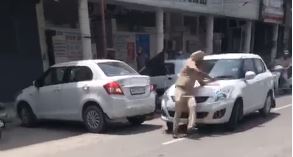 The car has been traced while further investigation is underway, he added.

According to eyewitnesses, the accused car driver had covered his face and was also carrying a pistol. The broken number plates of Haryana were installed on the front and back of the car.